May 27 (UPI) -- The Trump administration announced Wednesday it was ending all sanctions waivers permitting foreign companies to work at Iran's nuclear facilities, further severing Washington from a 2015 accord that aimed to prevent Tehran from building a nuclear weapon.

In a statement, Secretary of State Mike Pompeo said companies permitted under the Joint Comprehensive Plan of Action deal's waivers to work at Iranian nuclear facilities have 60 days to wind down operations.

The United States' top diplomat said Iran's ongoing provocative acts, nuclear gamesmanship and expanding "proliferation-sensitive activities" prevent him from justifying maintaining these sanctions waivers, which were some of the final attachments the United States had to the landmark Obama-era deal signed with Iran, Russia, China, France, Russia, Britain, and Germany.

Brian Hook, special representative for Iran and senior policy advisor to Pompeo, told reporters Wednesday he would not discuss how the deal's European signatories whose companies were permitted to conduct peaceful work at the facilities under the waivers reacted to the move but reiterated what many in the Trump administration have long said: "the Iran nuclear deal did not moderate the Iranian regime's behavior."

"We have seen the deal come at the expense of peace and stability in the Middle East because it gave an incentive for nations to look the other way on Iran's non-nuclear threats, which include ballistic missile testing, missile and rocket proliferation, regional aggression and hostage-taking," he said.

President Donald Trump pulled out of the deal in May 2018, calling it "defective," and has since repeatedly slapped Iran with sanctions as part of its "extreme pressure" campaign to force Tehran back to the negotiating table over a new deal.

In turn, Iran has repeatedly taken steps to distance itself from the nuclear deal, such as breaching limits set in the JCPA on the production of enriched uranium, among others.

Tensions have skyrocketed between the two countries and edged them closer to war than they have been in decades as they engaged in marine skirmishes and the United States assassinated Qassem Soleimani, the head of Iran's elite Revolutionary Guard Corps' Quds Force, early this year in retaliation to protests in Baghdad.

Days after Soleimani's death, Iran shot down a Ukrainian airliner, killing all 176 people on board, setting then ratcheting tensions to simmer, at least momentarily.

Hook said Wednesday that the Trump administration's pressure campaign has "constrained and countered" the Iranian regime, depriving its ruling class of vast amounts of revenue that has forced them to the point of either negotiating with the United States or facing economic collapse.

"Iran's economy is especially grim because the autocratic rule of the ayatollahs has proven to be an economic catastrophe for the Iranian people," he told reporters via teleconference.

Pompeo, in his statement, also said they will not allow Iran to gain nuclear weapons capability.

"A regime that just days ago invoked 'The Final Solution' and which regularly threatens to wipe Israel off the map must never obtain a nuclear weapon," he said, in reference to a cartoon that was posted to the Twitter account of Khamenei, Iran's spiritual leader.

Robert Malley, president and CEO of Crisis Group and a member of former President Barack Obama's team that negotiated the JCPA, remarked via Twitter that revoking the waivers may reduce foreign oversight of its nuclear development.

"What is important is the continued visibility provided by the International Atomic Energy Agency and its safeguards inspectors into what the Iranian nuclear program is doing," Ford told reporters. "And we are, of course, strongly committed to continuing to support the IAEA and make sure that the rest of the international community joins as one in voicing support for the IAEA doing its job."

Pompeo also announced the blacklisting of Majid Agha'i and Amjad Sazgar for supporting Iran's proliferation of weapons of mass destruction through their work at the Iranian Atomic Energy Organization.

"Iran's nuclear personnel need to make a choice -- work for Iranian proliferation organizations and risk being sanctioned or put their skills to work for the Iranian people in pursuits outside of the proliferation realm," he said.

Concerning an additional project at the Bushehr Nuclear Power Plant, Pompeo said he authorized a 90-day extension "to ensure safety of operations."

Hook explained that international assistance at the Busher facilities predates the 2015 nuclear deal.

"The secretary retains the right to revoke or modify this waiver at any time," he said. 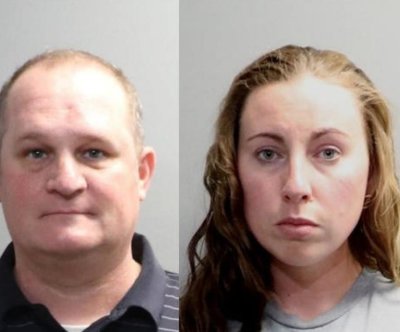 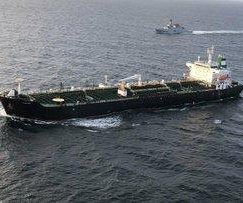