Soldiers take photos in an empty Tiananmen Square as the Chinese People's Political Consultative Conference gets underway in Beijing on May 27, 2020. Photo by Stephen Shaver/UPI | License Photo

Chinese President Xi Jinping (L) and Premier Li Keqiang clap during the closing ceremony of the Chinese People's Political Consultative Conference in the Great Hall of the People in Beijing on May 27, 2020. Photo by Stephen Shaver/UPI | License Photo

Detainees sit on the ground in Hong Kong Wednesday amid growing anger at Beijing's plan to impose a far-reaching national security law on the city. Photo by Miguel Candela/EPA-EFE

May 27 (UPI) -- Secretary of State Mike Pompeo said Wednesday he has officially notified Congress that Hong Kong is in effect no longer autonomous from mainland China.

Pompeo is required under a law granting Hong Kong special trading status to certify that it retains a sufficient degree of freedom and independence from China under the "one nation, two systems" arrangement in effect since 1997, when Britain placed its former colony under Chinese rule.

"After careful study of developments over the reporting period, I certified to Congress today that Hong Kong does not continue to warrant treatment under United States laws in the same manner as U.S. laws were applied to Hong Kong before July 1997," he said.

"No reasonable person can assert today that Hong Kong maintains a high degree of autonomy from China, given facts on the ground."

Calling the new security law "a disastrous decision," Pompeo said it was "only the latest in a series of actions that fundamentally undermine Hong Kong's autonomy and freedoms and China's own promises to the Hong Kong people under the Sino-British Joint Declaration, a UN-filed international treaty."

The move came as police in Hong Kong arrested at least 180 people and fired non-lethal pepper balls at protesters Wednesday as they took to the streets to demonstrate against the proposed national security law.

RELATED Carrie Lam: Security law will 'only target a handful' in Hong Kong

The loss of privileged trading status could be a major economic blow for the city, which is one of world's largest trading and financial hubs.

Under the status, Hong Kong is exempt from President Donald Trump's punitive tariffs on China and has U.S. backing for its participation in international bodies such as the World Trade Organization. 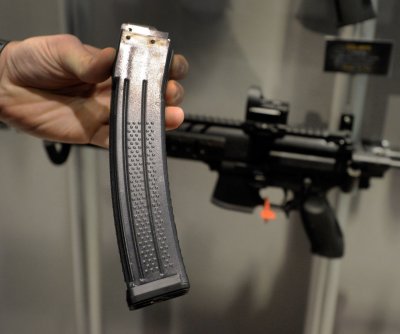 U.S. News // 16 hours ago
Kentucky expands mail-in, early voting for November election
Aug. 14 (UPI) -- All voters in Kentucky will be allowed to vote by mail in the November election if they're concerned about the risks of catching COVID-19, Gov. Andy Beshear said Friday.

U.S. News // 18 hours ago
U.S., Canada, Mexico extend border restrictions during pandemic
Aug. 14 (UPI) -- The United States announced Friday that it's extending its border closures with Canada and Mexico for another month.

U.S. News // 21 hours ago
Lawmakers recess until September without COVID-19 stimulus deal
Aug. 14 (UPI) -- Congressional lawmakers have left Capitol Hill for the remainder of the August recess, without a deal for the next COVID-19 relief package, which is expected to send another stimulus payment to most Americans.