May 24 (UPI) -- A federal judge on Sunday granted a permanent injunction against a controversial Florida law requiring former felons to pay outstanding legal fines or fees before regaining their right to vote, ruling the measure was unconstitutional.

U.S. District Judge Robert Hinkle ruled conditioning voting rights on legal financial obligations violates the equal protection clause of the 14th Amendment by preventing people from voting based on their wealth. The law also violates the 24th Amendment that prohibits states from instituting a poll tax.

Hinkle referred to the legislation as the pay-to-vote law in his 125-page opinion, stating it would be "universally derided" as unconstitutional if it wasn't applied against former felons.

"A state may disenfranchise felons and impose conditions on their re-enfranchisement," he wrote. "But the conditions must pass constitutional scrutiny. Whatever might be said of a rationally constructed system, this one falls short in substantial respects."

He said the state can condition voting on payment of fines that a person is able to pay but cannot condition amounts a person is unable to afford.

Hinkle added the law made it unclear which former felons can vote, causing some citizens who are eligible to vote not to out of fear of criminal prosecution.

"The court recognized that returning citizens should not have to pay to vote if they are unable to do so -- and that certain legal financial obligations function today like the unconstitutional poll taxes that state erected to lock black people out of the political system decades ago," Aden said in a statement.

The injection comes in a case brought by the American Civil Liberties Union, the Brennan Center and the NAACP Legal Defense and Education Fund after the restriction was signed into law by Gov. Ron DeSantis last June after it passed the Republican-controlled legislature a month earlier.

In October of last year, the district court granted a preliminary injunction against the law.

"This is a historic win for voting rights," said Sean Morales-Doyle, senior counsel at the Brennan Center for Justice. "Judge Hinkle told the state of Florida what the rest of America already knows: You can't make wealth a prerequisite for voting. This ruling opens the way for hundreds of thousands of Floridians to exercise their fundamental right to vote this November -- and our democracy will be stronger for their participation."

U.S. News // 5 hours ago
GM to boost EV battery, fuel cell spending by 75% due to rising demand
June 16 (UPI) -- General Motors announced Wednesday a plan to spend $35 billion over the next five years to develop electric and automated vehicle technologies.

U.S. News // 8 hours ago
New Southern Baptist leader Ed Litton says he aims to build 'bridges,' unity
June 16 (UPI) -- Alabama pastor Ed Litton has been elected president of the Southern Baptist Convention, in a runoff vote in which he beat out a fellow pastor from Georgia. 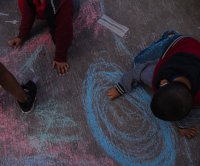