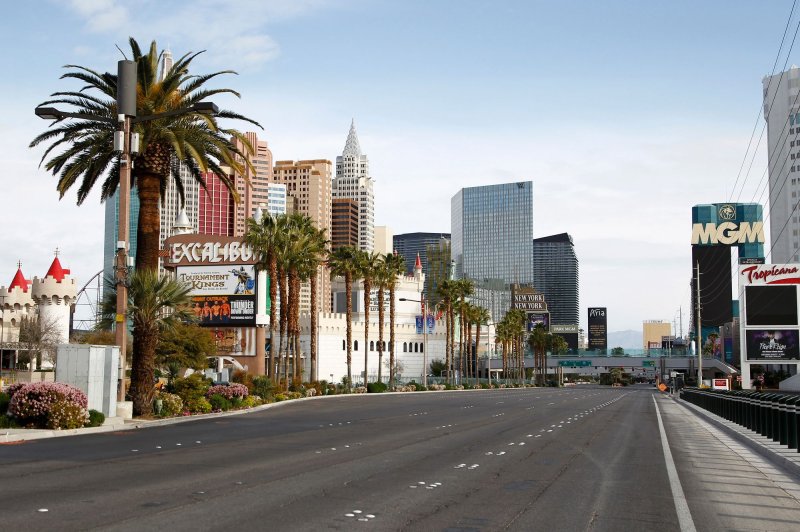 Las Vegas Boulevard is near deserted during the coronavirus closure of hotels and casinos along the Las Vegas Strip on March 29. File Photo by James Atoa/UPI | License Photo

May 22 (UPI) -- Nevada, Michigan and Hawaii each have unemployment rates of 20 percent or greater, according to new U.S. government data released Friday.

The official nationwide unemployment rate stood at 14.7 percent in April as millions of Americans filed jobless claims due to coronavirus pandemic-related business closures.

In more detailed, state-by-state statistics released by the Labor Department, the three states each stood out with unemployment of at least 20 percent -- levels unseen since the Great Depression.

Nevada, a gambling mecca highly dependent on the hard-hit tourism and hospitality industries, had the highest rate in the country at 28.2 percent.

"Nevada is facing record high unemployment and the sheer numbers are difficult to comprehend," Gov. Steve Sisolak wrote in a Twitter post Friday.

In Michigan, where each of the major U.S. automakers idled their assembly plants in April, the unemployment rate was a record 22.7 percent. Its rate in March was 4.3 percent.

"We are going through an unprecedented crisis, unlike anything we've seen in our lifetime," Whitmer said in a statement. "This virus has devastated families across the state and put hardworking Michiganders out of a job for months."

In Hawaii, another state dependent on tourism for its economy, unemployment reached 22.3 percent, spiking from 2.4 percent in March.

State officials reported that nearly 140,000 of state's labor force of 627,000 were unemployed in April. Some 70,000 of the lost jobs were lost in the leisure and hospitality industry, including 64,300 in hotels and restaurants.

At the other end of the scale, Connecticut had the lowest unemployment rate at 7.9 percent, well below the national average.

New York and California, two states greatly affected by the pandemic, had jobless rates of 14.5 percent and 15.5 percent respectively.

U.S. News // 14 minutes ago
Federal judge says national ban against COVID-19-related evictions illegal
Feb. 26 (UPI) -- A federal judge in Texas has ruled that the federal government cannot prohibit landlords from evicting residents who are unable to pay their rent due to COVID-19-related hardship. 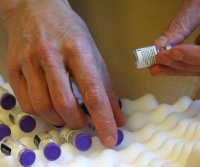 U.S. News // 6 hours ago
Watch live: FDA panel weighs approval for Johnson & Johnson COVID-19 vaccine
Feb. 26 (UPI) -- The Food and Drug Administration's vaccine committee convened Friday to consider recommendation for the Johnson & Johnson coronavirus vaccine, one of the final steps in approving it for use in the United States.