With 69.1 percent of the vote equalling more than 310,500 ballots, Biden on Tuesday beat Sen. Bernie Sanders of Vermont, who came in second with a 18.1 percent vote share, and Sen. Elizabeth Warren of Massachusetts, who won 9 percent of the ballots, according to early returns reported by The Oregonian.

The state has 61 pledged delegates, of which the majority will be awarded to Biden, the presumed Democratic nominee for president as the only candidate still in the running to take on President Donald Trump in the fall.

Sanders, Biden's chief rival, was the last challenger to drop out of the race in early April, and he endorsed the former vice president for the United State's highest office days later.

To secure the Democratic nomination, Biden needs 1,991 of the 3,979 pledged delegates.

Trump also won Oregon's Republican nomination as its only name on the ballot.

Oregon was the only state to hold its primary on Tuesday after Georgia and Kentucky postponed their primaries into June due to the coronavirus pandemic.

The next primary is to be held by mail on May 22 in Hawaii. 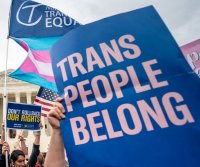 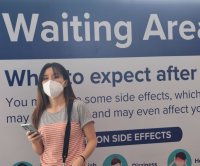 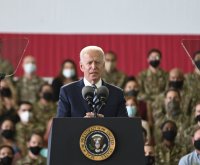