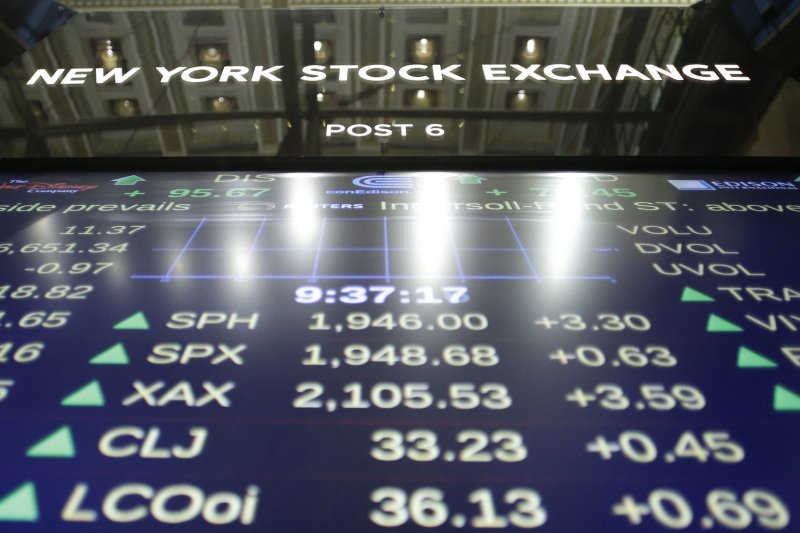 May 18 (UPI) -- The Dow Jones Industrial Average soared Monday, climbing more than 900 points due partly to positive news about a potential coronavirus vaccine.

The bellwether U.S. index closed up 911.95 points, or 3.85 percent, after failing to record a single gain last week and recording its worst weekly performance since late March.

The S&P 500 climbed 3.15 percent and the Nasdaq Composite gained 2.44 percent. The Dow and S&P posted their largest single-day gains since April 8, while the Nasdaq had its best day since April 29.

Boosting U.S. stocks on Monday was an announcement from biotech firm Moderna that early trial results for a possible coronavirus vaccine are "positive."

The Dow fell 270 points at the close Friday, which marked the index's fifth straight day of losses and its worst weekly performance since late March and the early weeks of the health crisis.

Japan's economy slips into recession amid pandemic Alex Azar: Reopening does not entirely depend on coronavirus vaccine Fed chief: U.S. economic recovery from pandemic may take at least a year