May 18 (UPI) -- Federal authorities said Monday they have linked the Saudi gunman who killed three sailors last year at a Florida naval base to the al-Qaida terrorist group.

The FBI found a link between Alshamrani and an al-Qaida operative after agents deciphered information on the suspect's two locked smartphones.

Authorities say Alshamrani killed three American sailors in the assault and injured several. The attack was motivated by jihadist ideology, they said.

Monday, Barr praised the FBI and criticized iPhone maker Apple, which refused to aid in unlocking the phones on privacy grounds.

"Thanks to the great work of the FBI -- and no thanks to Apple -- we were able to unlock Alshamrani's phones," Barr said. "The trove of information found on these phones has proven to be invaluable to this ongoing investigation and critical to the security of the American people.

"However, if not for our FBI's ingenuity, some luck, and hours upon hours of time and resources, this information would have remained undiscovered. The bottom line: Our national security cannot remain in the hands of big corporations who put dollars over lawful access and public safety. The time has come for a legislative solution."

Officials said Alshamrani began planning for the attack years ago. By 2015, they said, he had been radicalized and was communicating with terror operatives. He eventually joined the Royal Saudi Air Force to carry out the "special operation."

"As we continue to seek answers around the December 6th terrorist attack that killed three American service members and wounded others, I want their families, and all Americans, to know that protecting the United States from those who seek to do us harm remains the FBI's foremost priority," Wray added. "Our work against the threat of terrorism never rests."

The Justice Department shared several screenshots of what they say were notes from Alshamrani's phones. 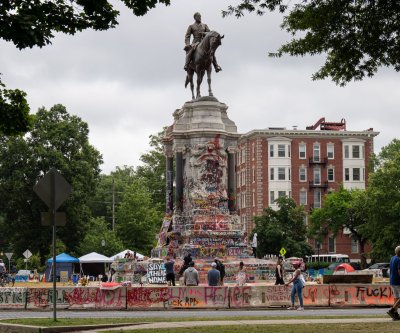