May 14 (UPI) -- North Carolina Sen. Richard Burr said Thursday he will step down as chairman of the Senate intelligence committee after reports that he's being investigated for a mass selloff in stock at the start of the coronavirus pandemic.

"Sen. Burr contacted me this morning to inform me of his decision to step aside as chairman of the intelligence committee during the pendency of the investigation," he said in a statement. "We agreed that this decision would be in the best interests of the committee."

McConnell said Burr will resign as committee chair at the end of Friday's Senate session.

Earlier Thursday, the Los Angeles Times, NBC News and CBS News reported that FBI agents seized Burr's cellphone this week as part of an investigation into his stock selloff in the middle of February.

Burr sold shares in dozens of different transactions around the same time the intelligence committee was receiving daily coronavirus briefings. The sales occurred about a week before the U.S. stock market began to see heavy losses related to the pandemic.

The Justice Department is trying to determine whether Burr violated any possible insider trading laws with his decision to sell stock.

Burr has previously said he won't run for re-election in 2022. 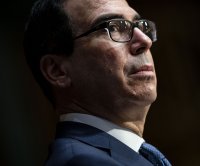 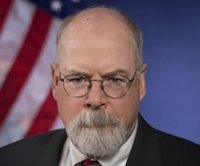 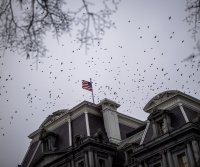 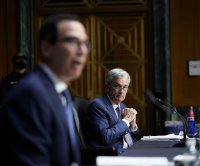