Though his family hasn't revealed a cause of death, Shurer was hospitalized this week for treatment related to lung cancer.

"Today, we lost an American hero: Husband, Father, Son, Medal of Honor Recipient - Special Agent Ronald J. Shurer II. From a grateful Nation and Agency - your memory and legacy will live on forever. Rest in Peace," the Secret Service said on its Twitter account.

Shurer posted Wednesday about being placed on a ventilator at Sibley Memorial Hospital in Washington, D.C.

"Very upset to write this.... been unconscious for a week. They are going to try and take it out in a couple hours, they can't tell me if it will work," he wrote on Instagram alongside of photo of himself in a hospital bed with his wife, Miranda Shurer.

President Donald Trump awarded Shurer the Medal of Honor on Oct. 1, 2018, for rendering aid to troops during a firefight in an Afghan valley.

He was honored for assisting teammates during combat with Hezb-e-Islami Gulbuddin in the Shok Valley in the Nuristan province of Afghanistan on April 6, 2008.

He was awarded the Silver Star for his actions, but after review military officials decided to upgrade it to a Medal of Honor.

The Special Operations Task Force's mission Shurer took part in was to kill or capture the leader of the militant group, Gulbuddin Hekmatyar, but they came under fire as they made their way through the valley. Another element of the team also came under fire at a separate location, some of whom were critically hurt.

"With disregard for his safety, Shurer moved quickly through a hail of bullets toward the base of the mountain to reach the pinned-down forward element," the U.S. Army said.

The Army said Shurer saved the lives of all the teammates he treated despite being shot in the arm. He also assisted evacuating three teammates who couldn't walk down a near-vertical 60-foot cliff while taking fire.

In addition to his wife, Shurer is survived by his sons, Cameron and Tyler. 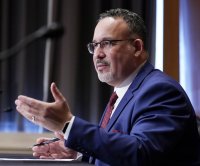 U.S. News // 3 hours ago
California lawmakers reach agreement to return schools to in-person learning
March 1 (UPI) -- California Gov. Gavin Newsom and state lawmakers reached an agreement on Monday to provide funding to schools that are able to return to in-class instruction for students in kindergarten through second grade by April 1. 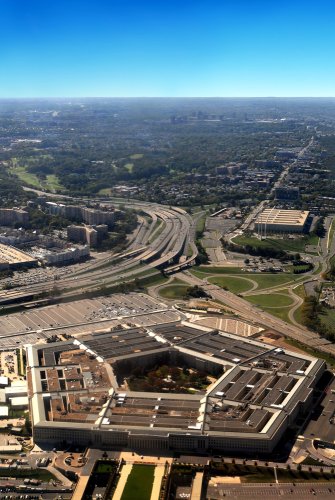 U.S. News // 5 hours ago
Pentagon: 1 militia member killed, 2 injured in Syria airstrike
March 1 (UPI) -- The Pentagon on Monday said the U.S. airstrike carried out in Syria last week killed one member of an Iranian-backed militia and injured two others. 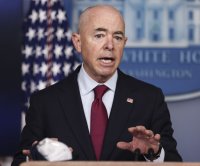 U.S. News // 18 hours ago
U.S. COVID-19 cases decline; Johnson & Johnson vaccine on the way
March 1 (UPI) -- There were 51,200 new coronavirus cases in the United States on Sunday -- the fewest since the middle of October, according to updated data from Johns Hopkins University.