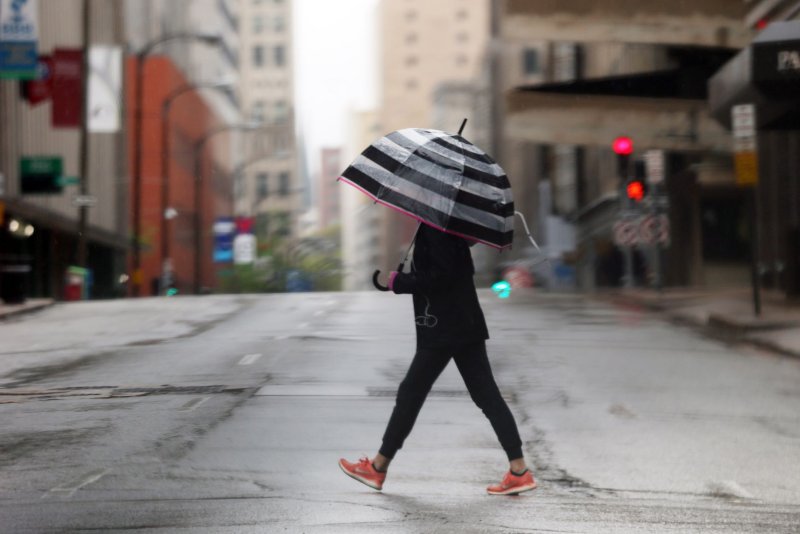 A woman carries an umbrella while crossing Pine Street in downtown St. Louis, Mo., on April 25. Forecasters say Mother's Day weekend will bring a chill in the East, heat in the West and rains in the Southeast. Photo by Bill Greenblatt/UPI | License Photo

May 6 -- Coronavirus-related restrictions will make Mother's Day look a bit different this year, as many Americans may need to connect digitally to wish mom a happy holiday.

For those able to travel and pay a visit or for mothers planning to celebrate outdoors, there will be some rather unusual weather conditions to contend with for the middle of May.

Mother's Day weekend will bring an unprecedented chill and weather more typical of late winter in the eastern United States. Mothers who live in parts of Florida may need to dodge drenching rain while summer-like heat is in store for some areas west of the Rockies.

"A southward pivot of the polar vortex, which was largely absent this winter, will contribute to a greatly convoluted jet stream across North America," AccuWeather Senior Meteorologist Brett Anderson said.

In the East, a southward dip in the jet stream will bring not only cold air and the likelihood of a frost and freeze, but also some snow around part of the Midwest as a clipper storm from western Canada rolls along.

At the very least, that clipper storm will spread a zone of cold rain from the northern Plains on Saturday to the Great Lakes region Sunday. Wet snowflakes can mix in at times with even a wintry mix of rain, sleet and wet snow and perhaps light, slushy accumulations in the upper Great Lakes.

Afternoon showers will suppress temperatures to near 50 in Chicago, where the normal high is 68 degrees. Clouds will keep conditions cool in Detroit as well with a high about 10 degrees below the normal high of 67.

RELATED 100,000 without power in Tennessee after severe storm

Spotty rain showers will dot areas from the middle Mississippi Valley to the Ohio Valley, where there may even be a thunderstorm that produces small hail.

Thanks to clouds and the cold precipitation, high temperatures in much of the Midwest may be as much as 30 degrees Fahrenheit below average. In parts of the Midwest, highs may only reach into the 30s and the lower 40s on Mother's Day.

In the Northeast, there will be an abnormal chill for this time in May, especially in the morning, where some areas will be recovering from a frost or freeze in the wake of a recent snowfall.

RELATED Last Supermoon of 2020 will wash out asteroid showers

Only strong mid-May sunshine will allow temperatures to recover a bit during the afternoon in the Northeast, although highs will remain 10 to 20 degrees below normal levels, which range from the mid-50s in Boston to near 60 in New York City and the low 60s in Washington, D.C.

Where clouds increase in advance of the approaching clipper storm, as will be the case in the central Appalachians and eastern Great Lakes area, it will likely turn chilly once again prior to sunset. Some sunshine will help remove the chill during the day over the South.

"Much of the South is likely to have delightful weather, but the chill will be most noticeable in the shade and at the start of the day with record-challenging lows," Anderson said.

Since the cold air will have pushed all the way into the Gulf of Mexico and even the northern Caribbean Sea, a storm is forecast to form along the temperature contrast zone early on in the weekend.

"That same storm can bring drenching rain and isolated flooding to South Texas and northeastern Mexico from Friday night to Saturday and then the central and southern part of the Florida Peninsula by Mother's Day," said AccuWeather forecaster Isaac Longley.

People accustomed to spending time outdoors on Mother's Day in the Florida Peninsula may want to consider alternative plans or celebrate outdoors on Saturday instead, as Sunday could be stormy and quite cool and wet.

"This storm system will have to be monitored for potential development as some early-season tropical systems have formed in this manner," Dan Kottlowski, AccuWeather's top hurricane expert, said.

Tropical threats can form near the U.S. coastline early in the season along cold fronts that progress over the Gulf of Mexico and warmer waters of the western Atlantic.

AccuWeather's long-range meteorologists warned in the Atlantic hurricane season outlook released in late March that early-season formation of tropical systems could occur with unusually warm waters stretching from the Caribbean to east of the Bahamas this year.

Further west, dramatic differences in weather will exist over a short distance. The weather in parts of the High Plains and eastern slopes of the Rockies could be tricky because of that. A strong jet stream will be in place overhead, and a significant temperature contrast zone will exist from northeast to southwest.

West of the Rockies, the weather will be dry, sunny and quite warm as the summer-like pattern from this week continues to build into this weekend.

The greatest departures from average temperatures will be seen in the Northwest, where highs may challenge record levels in some locations. Typical high temperatures in Seattle are in the middle 60s, but actual highs may be in the lower to middle 80s this weekend.

Farther south, temperatures in California will be more typical of those in the middle to late June. Temperatures will be within a few degrees of 70 along the immediate coast with highs well into the 80s to near 90 inland.

Over the interior Southwest, highs are forecast to be in the upper 90s in Las Vegas and in the low 100s around Phoenix. Warmth will also extend into the Salt Lake Basin, with highs forecast to be within a few degrees of 80.

A weak disturbance may allow a few thunderstorms to fire off during the afternoon in parts of Arizona, New Mexico and southwestern Colorado.

Even though a wild weather pattern will be in place, the widespread chilly air in the East and the dry conditions in the West may limit the amount of severe weather across much of the nation, with a few exceptions, over the weekend. 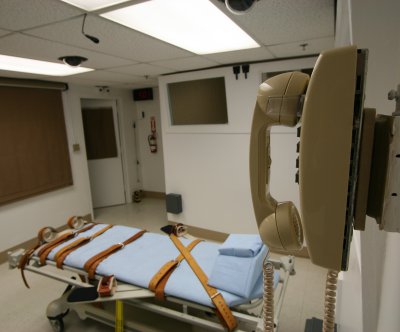 U.S. News // 14 hours ago
U.S. executes Christopher Vialva; 7th federal inmate this year
Sept. 24 (UPI) -- The U.S. government on Thursday carried out the lethal injection of Christopher Vialva for the deaths of a married couple in Texas more than two decades ago, making him the seventh federal execution this year.

U.S. News // 6 hours ago
App developers form coalition to battle Apple
Sept. 24 (UPI) -- A group of tech companies on Thursday formed a coalition to create a "level playing field" for app developers, particularly taking aim at Apple, which they accused of "anti-competitive behavior." 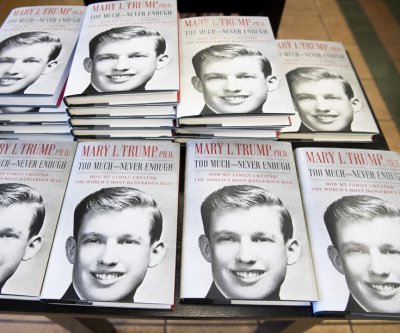 U.S. News // 7 hours ago
Trump's niece files suit, claims president, siblings cheated her of inheritance
Sept. 24 (UPI) -- Mary Trump, the niece of President Donald Trump, filed a civil lawsuit in New York Thursday claiming the president and his siblings conspired to cheat her out of an inheritance worth millions. 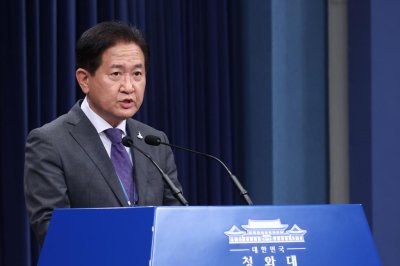