Appeals court to hear case over subpoenas for Trump attorney

April 28 (UPI) -- A federal appeals court on Tuesday will hear arguments about whether former White House counsel Don McGahn must obey a congressional subpoena to testify about President Donald Trump's actions on immigration and the Russia investigation.

The nine-judge U.S. Court of Appeals for the District of Columbia Circuit will convene via teleconference to hear a case seen as one of the most important concerning the ability of Congress to effectively check the executive branch.

At issue is a subpoena issued last year by the House judiciary committee that sought McGahn's testimony on two subjects -- Trump's actions during special counsel Robert Mueller's inquiry into Russian electoral interference and the president's decision to divert military funds to build a wall along the U.S.-Mexico border.

Trump ordered McGahn to ignore the subpoenas, asserting "absolute immunity," which set off a legal battle over whether courts have standing to intervene in political disputes between branches of government. The Justice Department says they don't, arguing that political resolutions via elections and impeachment are the proper courses.

"For the first two centuries of this nation's history, the political branches of the federal government resolved disputes between themselves through political contest and compromise, not by asking the judicial branch to pick a side in zero-sum litigation," the department wrote in a brief.

Lawyers for the Democratic-controlled House argue that impeachment proceedings and elections are not feasible to resolve disputes concerning congressional testimony, and that Congress' ability to investigate the executive branch will become legally unenforceable without help from the courts.

A brief filed by a bipartisan group of 78 former lawmakers supporting the House position warned that a ruling for Trump would have dire consequences for "congressional inability to obtain information" from the executive and represent a "seismic shift" signaling the end of congressional powers of inquiry.

The appellate court is hearing the case after the D.C. Circuit ruled 2-1 earlier this year that Congress did not have standing to seek enforcement by the courts.

Experts believe that however the Circuit Court rules, the case is likely headed for the U.S. Supreme Court. 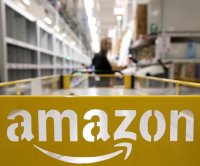 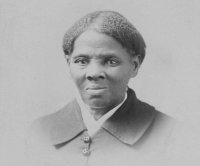