Shoppers wait in long lines as they stock up on supplies during the coronavirus pandemic at a grocery store in San Francisco. File Photo by Terry Schmitt/UPI | License Photo

"We have seen more traffic, for sure," said Mike Graybeal, owner of Graybeal's Foods in West Point, Neb. "It's almost like when we prep for a holiday, except the holiday is never coming."

Local customers tend to forgo their local shops and go instead to the larger chain stores, she said. That was until the coronavirus pandemic arrived in the United States.

Starting around mid-March -- when governors across the country began to order restaurants to close and issued stay-at-home orders -- Americans flooded grocery stores in a panic, buying whatever staples they could get.

Chain stores quickly ran out of popular items. At that point, rural customers turned to their independent grocers. And those grocery stores responded quickly, said Sandra Renner, farm and community director for the Nebraska-based Center for Rural Affairs, a nonprofit that advocates for rural communities.

Being small, many were better able to keep their shelves stocked than the larger chains, Renner said.

In Bloomfield, N.M., for example, the Farmers Market responded to the panic-buying by reaching out to businesses that supplied restaurants and buying up their suddenly available stocks.

"With the big chain stores, it takes corporate longer to respond to stuff like this," said Matthew Pennington, the Farmers Market owner. "But because it's just me here, I was able to just call U.S. Foods and Cisco and have them send me whatever they had. A week later, we had a truckload arrive."

Like many other rural grocers, Pennington also posted regular updates on the store's Facebook page, notifying customers what was available and when new orders would arrive.

"It was really intense for a while -- people were scared," Pennington said. "I was on the intercom every 15 minutes or so just reassuring people that we were not going to run out of food. I'd tell them what we had ordered and when it was going to arrive."

The response from local customers has been overwhelmingly positive.

"For me, it makes me want to make sure I'm putting my money into my local grocery store," Renner said. "I do hope that other people are taking notice and will do the same, even after this is over."

The panic-buying phase of the pandemic has largely ended, grocers say. But, with people across the country still staying home to slow the virus' spread, demand at local groceries remains high.

"There has not been a down day," said Daric Peadro, owner of Windsor Food Center, a small grocery in Illinois. "The last three or four weeks has been almost a record for us, which is just unbelievable."

Peadro said he does not think the demand will remain as high once the pandemic passes and people return to more normal lives.

But this period may forever alter people's shopping patterns, he said.

"This is going to change the way people think, at least with this generation, for a long time," Pennington said. "I don't know how many people we will end up gaining as customers from this, but I think it will be a lot." 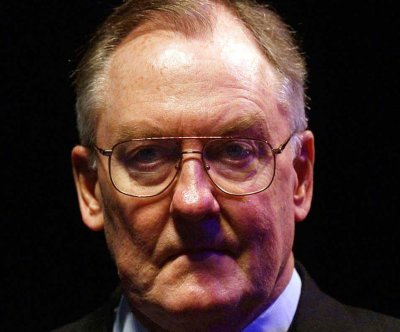 U.S. News // 20 hours ago
Kentucky expands mail-in, early voting for November election
Aug. 14 (UPI) -- All voters in Kentucky will be allowed to vote by mail in the November election if they're concerned about the risks of catching COVID-19, Gov. Andy Beshear said Friday.

U.S. News // 21 hours ago
U.S., Canada, Mexico extend border restrictions during pandemic
Aug. 14 (UPI) -- The United States announced Friday that it's extending its border closures with Canada and Mexico for another month.