As U.S. farmers rush to plant industrial hemp after 80 years of prohibition, tribal sovereign governments find they have an advantage because they can cut through red tape and become the first entrepreneurs in state markets to offer their own CBD and hemp products.

"The tribe is very excited about hemp," said Joseph VanGorp, hemp operations director for the Sac & Fox Tribe of the Mississippi in Iowa. "It's been a long time coming."

The 2018 Farm Bill allowed tribes to apply directly for approval from the U.S. Department of Agriculture for hemp programs. USDA has approved 20 tribal nations' plans, with 18 more under review or in drafting stages.

As sovereign nations, tribes can craft their own hemp plans, and tribal hemp companies do not have to be licensed by the agriculture departments of states in which they are situated.

In Tama, Iowa, the 7,000-acre sovereign Sac & Fox Tribe, or Meskwaki Nation, can use its sovereign jurisdiction to regulate the CBD that the tribe will produce, hemp director VanGorp said.

Iowa has some of the most restrictive laws for CBD, which can only be sold with a doctor's prescription, according to the state attorney general. The tribe will sell its own CBD at its truck stop in Tama and through wholesalers. It already sells tobacco and vaping products.

"CBD is difficult to obtain in Iowa," VanGorp said. "It will be a lot easier for people to just come to Tama and choose what they want to buy."

VanGorp, who formerly worked in Colorado as a chemist in CBD extraction, said the tribe also plans to open an extraction facility -- the first in the state.

After hemp was allowed again in the 2018 Farm Bill, the Iowa Department of Agriculture approved a hemp plan for 2020 and some farmers are obtaining licenses. But no processing facilities have been approved in the state.

Iowa had a rich history of industrial hemp production before the plant was federally prohibited. "There were about 11 processing plants for hemp in the state in the 1940s," VanGorp said.

In New York's Cayuga Nation, the new hemp program this year will get a jump on other New York farmers, said Clint Halftown, the tribe's federal representative.

New York does not yet appear on the USDA's list of state-approved plans, although Gov. Andrew Cuomo approved hemp regulations in December 2019. As a result, hemp-growing still must be coordinated through a university pilot program.

Approved hemp programs for Cayuga Nation, and the affiliated Seneca Nation, will have more flexibility to grow hemp and market their own CBD products, tribal leader Halftown said.

The tribe, which grows vegetables and soybeans and raises cattle near Seneca Falls, N.Y., plans to plant hemp this spring.

"Our nation-owned and operated hemp program and our own line of CBD will stimulate another avenue revenue source for the community," Halftown said.

The USDA last week also approved a hemp plan for the Montana-based Blackfeet Nation. The tribe belongs to the Blackfoot Confederacy, a family of tribes on both sides of the U.S.-Canadian border.

Canadian farmers have been growing hemp for seed and fiber for more than 20 years, and some Canadian sovereign nations began to grow cannabis last year. Canada legalized recreational marijuana in 2018. 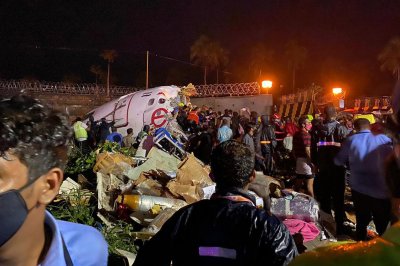