Police officer killed, 2 others hurt in shooting in Texas

A San Marcos police officer died and two others were injured while responding to an "assault/domestic disturbance" at an apartment complex on Saturday night, the police agency in central Texas said. Google Maps screenshot.

April 19 (UPI) -- A police officer died and two others were critically injured after responding to an "assault/domestic disturbance" at an apartment complex in San Marcos, Texas, the police agency said Sunday morning.

The suspect died from an apparent self-inflicted gunshot wound Saturday night, according to a Facebook post by the agency, which is 30 miles south of Austin and about the same distance north of San Antonio.

Killed in the shooting, which was described by police as an "ambush," was Justin R. Putnam, 31, a member of the force for 5 1/2 years.

"Our family in blue is mourning the loss of our fallen brother," the San Marco police department posted on Facebook. "Words can never adequately express our profound sorrow for Officer Putnam's family and loved ones. To say he will be missed is an understatement."

The two injured officers, Franco C. Stewart and Justin P. Miller, were transported to Ascension Seton Hays in Kyle where they underwent surgery and are in critical but stable condition, the agency said in a news conference Sunday, KXAN-TV reported.

The suspect began firing a rifle at officers responding to a family violence call at Twin Lake Villas Apartments around 6 p.m. De la Cruz reportedly had hit his wife and other people were inside the building.

"They had to make entry. As they entered he ambushed them," Interim Police Chief Bob Klett said. "There was nothing they could do to escape the gunfire. He was ready for them."

Klett said the man wore body armor "as part of his preparation for the officers coming in."

The last officer killed from the department was Kenneth Copeland, who was shot and killed while serving a warrant on Dec. 4, 2017.

The officer is the 15th to die by gunfire in the United States this year, according to ABC News.

"Tonight's shooting in San Marcos is a somber reminder of the service and sacrifice our brave men and women in law enforcement make every day to keep us safe," Texas Gov. Greg Abbott said in a statement. "I am grateful for the swift action of the San Marcos Police Department in containing the threat and minimizing the loss of life. I ask all Texans to join Cecilia and me in praying for the officer killed and for those injured, and for the continued safety of all law enforcement officers who protect our communities."

U.S. News // 1 hour ago
Freight train derails in northern Iowa hauling ammonium nitrate
May 17 (UPI) -- A fire from a derailed freight train in northern Iowa continued to burn on Monday and some people are still away from their homes after officials ordered an evacuation. 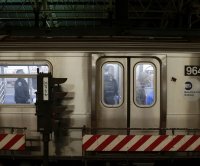 U.S. News // 2 hours ago
New York City resumes 24-hour subway service for first time in a year
May 17 (UPI) -- New York City subways resumed 24-hour service on Monday for the first time since it was shortened more than a year ago due to the emerging COVID-19 outbreak. 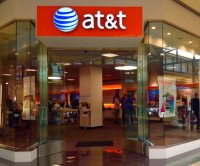 U.S. News // 3 hours ago
AT&T spins off WarnerMedia to join Discovery, create major media company
May 17 (UPI) -- AT&T announced Monday that it's merging WarnerMedia -- which includes HBO and CNN -- with Discovery to form a standalone streaming and entertainment company. 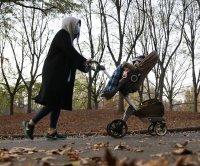 U.S. News // 7 hours ago
Tax Day in America: Most in U.S. required to file 2020 returns by Monday
May 17 (UPI) -- Monday is Tax Day in America -- the delayed deadline for most U.S. taxpayers to file their 2020 federal return, but individuals can still consider asking for an extension.

U.S. News // 8 hours ago
Slammed by hurricanes in 2020, New Orleans working to prep for 2021
One city that's ramping up preparations and is one of the most vulnerable in the United States due to its location along the Gulf coast, an active corridor for hurricanes as was put on display in 2020.