April 17 (UPI) -- The Nebraska Supreme Court on Friday upheld the conviction and death sentence of a man who killed his cellmate in 2017.

The state's highest court ruled against Patrick Schroeder, 42, in the automatic appeal afforded all death row inmates in Nebraska.

Schroeder was serving a life sentence at Tecumsah State Prison for killing a 75-year-old Pawnee County farmer in 2006 when he choked his cellmate. Terry Berry, 22, died four days later in the hospital.

Schroeder confessed to killing Berry in a written statement, saying Berry talked too much.

"If given another life term, I will kill again and we will be right back in court doing this all over again," he said.

Schroeder represented himself in his first-degree murder case and said he wanted to face the death penalty.

U.S. News // 39 minutes ago
Maryland trooper fatally shoots teen armed with airsoft gun
April 14 (UPI) -- Police in Maryland said they are investigating a trooper-involved shooting that resulted in the death of a 16-year-old boy armed with an airsoft gun and knife. 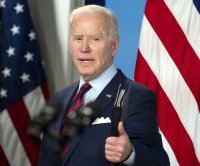 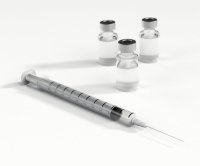