Steven Dillingham, Director of the U.S. Census Bureau, and Commerce Secretary Wilbur Ross on Monday called for a delay of 120 days to compile data used to apportion members of Congress among the states and draw congressional districts for the 2020 census due to the global COVID-19 pandemic. Photo by Kevin Dietsch/UPI | License Photo

Secretary of Commerce Wilbur Ross and Census Bureau Director Steven Dillingham issued a statement saying they have asked Congress for an additional 120 calendar days to deliver final counts to compile data used to apportion members of Congress among the states and draw congressional districts.

"Under this plan, the Census Bureau would extend the window for field data collection and self-response to October 31, 2020, which will allow for apportionment counts to be delivered to the President by April 30, 2021, and restricting data to be delivered to the states no later than July 31, 2021," they wrote.

Field collection for the census bureau was suspended in March and the Census Bureau said steps are being taken to reactivate field offices as early as June 1.

Ross and Dillingham said the delay would aid workers in abiding by social distancing guidelines to prevent the spread of the coronavirus.

During a briefing by the White House Coronavirus Task Force on Monday, President Donald Trump joined the officials in calling for an extension, saying he believes 120 days "isn't nearly enough."

"During this difficult time we're also working to ensure that the 2020 Census is completed safely and accurately. We may be asking for an extension because obviously they can't be doing very much right now. They wouldn't even be allowed to do it. So the Census, we are going to be asking for a delay, a major delay," he said.

U.S. News // 29 minutes ago
Milwaukee man gets 205 years for killing family: 'I deserve to be locked up'
July 28 (UPI) -- A Wisconsin man has been sentenced to more than 200 years in prison for killing members of his family -- including three teenagers -- in a shooting massacre more than a year ago.

U.S. News // 3 hours ago
U.S. mortgage rates decline further; more homeowners look to refinance
July 28 (UPI) -- Mortgage rates in the United States have dipped again, sending borrowers to the bank and homeowners to lenders to refinance and save money on their monthly payments, an industry report said Wednesday.

U.S. News // 6 hours ago
2 dead, several injured in Texas chemical plant leak
July 28 (UPI) -- At least two people were killed and several others were injured in a chemical leak at a Texas LyondellBasell facility, authorities said. 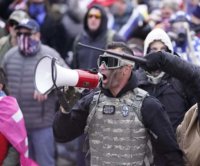 U.S. News // 10 hours ago
Justice Dept. declines to defend GOP Rep. Mo Brooks against Jan. 6 lawsuit
July 28 (UPI) -- The Justice Department has declined Republican Rep. Mo Brooks' request to defend him against a lawsuit that accuses him of inciting the Jan. 6 attack on the Capitol building. 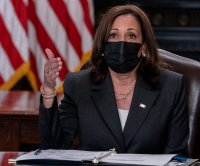