Donald Trump speaks to reporters at "An Evening with the Celebrity Apprentice" at Florence Gould Hall in New York City on April 26, 2011. File Photo by Monika Graff/UPI | License Photo

The order in New York late Thursday by U.S. District Judge Lorna Schofield allows the plaintiffs to view hundreds of hours of unaired footage from two episodes of the show that's held by MGM.

The plaintiffs argue they were scammed by Trump and his children -- Ivanka, Eric and Donald Jr. -- into investing in multilevel marketing company ACN Opportunity LLC, whose principals appeared on the program as guests.

The suit argues the Trumps repeatedly made recommendations to viewers to invest in ACN without revealing they'd been paid to endorse the firm. Upon following the Trumps' recommendations, the suit says, they lost thousands of dollars in the company.

Trump has dismissed past endorsements of ACN as "puffery" upon which no reasonable investor would have relied.

Schofield's order came one day after she denied an attempt by the Trumps to move the case from the courts into arbitration.

Plaintiffs attorney Roberta Kaplan said she will continue to seek justice for "our brave clients, and thousands of others like them who were defrauded by the Trumps."

Trump attorney Joanna Hendon said she will appeal the decision that denied arbitration.

Unaired footage of Celebrity Apprentice has been sought for years by journalists and Trump's political opponents. Former contestants have said there are tapes that include Trump making insensitive comments.

U.S. News // 4 hours ago
Little bear cub burned by wildfire recovering, but needs skin grafts
July 28 (UPI) -- A bear cub that was burned by a wildfire near Lake Tahoe is now recovering at a wildlife center in California, and caretakers say it's expected to make a full recovery. 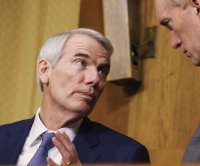 U.S. News // 4 hours ago
Senate negotiators signal deal on infrastructure details
July 28 (UPI) -- Senate Republicans working with the White House and Democrats on a bipartisan infrastructure bill said Wednesday they have a deal on all major issues and it is nearly ready to go to the floor.

U.S. News // 5 hours ago
Dozens of states file plan to keep up antitrust fight against Facebook
July 28 (UPI) -- Attorneys general from 48 states and territories on Wednesday filed to appeal a federal court's decision to dismiss their antitrust lawsuit against social giant Facebook. 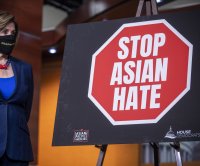 U.S. News // 6 hours ago
Milwaukee man gets 205 years for killing family: 'I deserve to be locked up'
July 28 (UPI) -- A Wisconsin man has been sentenced to more than 200 years in prison for killing members of his family -- including three teenagers -- in a shooting massacre more than a year ago.

U.S. News // 10 hours ago
U.S. mortgage rates decline further; more homeowners look to refinance
July 28 (UPI) -- Mortgage rates in the United States have dipped again, sending borrowers to the bank and homeowners to lenders to refinance and save money on their monthly payments, an industry report said Wednesday.