Wisconsin delegates wear "cheeseheads" at the Democratic National Convention in Philadelphia, Pa., on July 28, 2016. After a late ruling by the state's high court, Wisconsin is staging its Democratic Party primary on Tuesday amid the coronavirus crisis. File Photo by Mike Theiler/UPI | License Photo

April 7 (UPI) -- Wisconsin is going ahead with its presidential primary Tuesday after whirlwind political and court battles between its Democratic governor and Republican-controlled legislature.

Polls opened statewide on Tuesday morning for in-person voting after a late ruling by the state Supreme Court on Monday overruled an order by Gov. Tony Evers to postpone the contest between former Vice President Joe Biden and Vermont Sen. Bernie Sanders.

Many of the polling places that were originally supposed to organize voting have been closed due to the coronavirus health crisis. Electoral officials said Tuesday the reduced number of polling locations had opened, and that the National Guard is in place to assist in the process.

"To our understanding the National Guard members have all reported to their municipality or county this morning," the Wisconsin Election Commission wrote in a blog post. "We have a National Guard liaison in our office today to help with coordination and deployment should an emergency arise."

"I know that people have died for the right to vote," he said. "This is very important to our entire country, and if people are going to go out there and vote, then please do it as safely as possible."

Though turnout is expected to be lower due to the health emergency, polling places could still see long lines due to a lack of election workers and social distancing measures. Voters can also cast ballots by mail.

"I think you could hold the election as well dealing with mail-in ballots and same-day registration," he said. "I think it could be done but that's for them to decide."

"It's outrageous that the Republican legislative leaders and the conservative majority on the Supreme Court in Wisconsin are willing to risk the health and safety of many thousands of Wisconsin voters [Tuesday] for their own political gain," Sanders tweeted.

Eighty-four delegates are at stake in Tuesday's vote. Biden holds a sizable delegate lead over Sanders and is widely expected to clinch the party's nomination in August at its national convention, which will be held in Milwaukee. The party last week postponed the event by about a month.

The state is also viewed as critical to the Democratic Party's hopes in November. In 2016, then-GOP candidate Donald Trump surprisingly defeated Democrat Hillary Clinton in Wisconsin by about 20,000 votes. It was the first time since 1984 that the state voted for a Republican presidential candidate.

Ohio faced a similar situation for its presidential primary on March 17, but the state's health secretary postponed the contest just hours before polls were set to open. It's been rescheduled for April 28.

One of those on the high court bench who voted to reject Evers' order was the conservative justice Daniel Kelly, who is up for re-election Tuesday against the more liberal Jill Karofsky. Evers was appointed to the seat four years ago.

"Wisconsin, get out and vote NOW for Justice Daniel Kelly," Trump tweeted Tuesday, calling for voters to "protect" their Second Amendment rights.

U.S. News // 2 minutes ago
Emmy-winning broadcaster Hugh Downs dies at 99
July 2 (UPI) -- Veteran broadcast journalist Hugh Downs, who became a household name through his time on NBC's Today and ABC's 20/20, has died, his family announced Thursday. He was 99.

U.S. News // 2 hours ago
Health officials: Quick work for COVID-19 vaccine a 'risk we have to take'
WASHINGTON, July 2 (UPI) -- Top U.S. health officials told lawmakers Thursday they're pursuing multiple technologies to develop a COVID-19 vaccine that could cut months off the normal time it takes to get it to market. 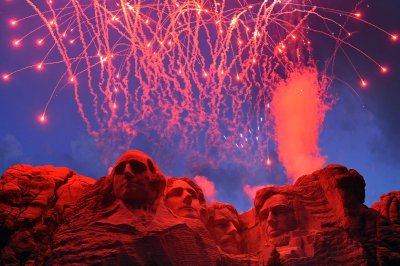