The move essentially removed Glenn Fine, who has served as Department of Defense inspector general since 2015, from the committee, which is meant to act as a watchdog on how funds from the massive $2 billion coronavirus law are spent.

The new law allows only current inspectors general to fill the position.

On Monday, Trump nominated Jason Abend, a senior policy adviser with U.S. Customs and Border Protection, to take over the inspector general's role at the Pentagon permanently.

Abend had served as an inspector general special agent in both the Federal Housing Finance Agency and the Department of Housing and Urban Development before moving to the U.S. Customs and Border Patrol.

The move was the latest Trump action against the independent watchdog office. Last week, he fired the intelligence community's inspector general Michael Atkinson, who oversaw the whistleblower complaint that led to the president's impeachment.

U.S. News // 1 hour ago
Virgin Galactic says it has FAA license to fly tourists into space
June 25 (UPI) -- Virgin Galactic announced on Friday that it's received approval from U.S. regulators to fly customers into space, taking a step toward realizing its goal of taking tourists hundreds of thousands of feet above the Earth.

U.S. News // 2 hours ago
Deaths rise to 4 in Surfside condo collapse as crews keep searching for survivors
June 25 (UPI) -- The death toll from the collapse of an oceanfront condominium tower near Miami Beach rose to four early Friday with about 159 people unaccounted for as crews continued to search for survivors. 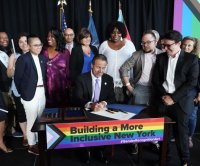 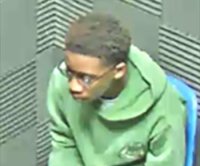 U.S. News // 7 hours ago
Police arrest 19-year-old for Austin shooting that killed 1, injured 13
June 25 (UPI) -- Authorities in Texas said they have arrested a 19-year-old accused of killing one person and injuring 13 others during a mass shooting earlier this month in Austin. 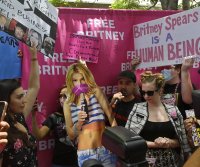