Trump, lawmakers seek to add $250B in funding for small business loans

President Donald Trump said the Small Business Administration has processed about 250,000 loans worth about $70 billion dollars since the program launched Friday and vowed to "immediately ask Congress" for more funding for the Paycheck Protection Program should funds run out.

"We're going to be going for, it looks like, a very substantial increase in the number because we will be running out of money pretty quickly -- is a good thing, in this case, not a bad thing," Trump said on Tuesday. Bank of America on Monday said it received 177,000 applications for loans under the program asking for $32.6 billion in financing -- nearly 10 percent of the amount Congress has allotted -- and had reached its $10 billion capacity to lend to small business customers. McConnell said he would seek to quickly approve additional funds to ensure the loans can continue.

"This program has become overwhelmingly popular," McConnell said. "Jobs are literally being saved as we speak. But it is quickly becoming clear that Congress will need to provide more funding or this crucial program may run dry. That cannot happen."

Since lawmakers are away from Washington, D.C., McConnell and Schumer would need to agree to pass the measure through unanimous consent or a voice vote.

Pelosi on Tuesday told CNN that she discussed an interim package for small businesses with Mnuchin and that House Democrats would seek measures to ensure equitable distribution of the money.

"We want to make sure that the program is administered in a way that does not solidify inequality in how people have access to capital, but instead is a benefit to everyone who qualifies for it. So we want to have certain considerations if we were to go forward with that," she said.

U.S. News // 10 hours ago
Stacey Abrams advocates for vote-by-mail ahead of presidential election
COVID-19 has killed more than 100,000 Americans, but some elected officials still oppose voting by mail in November. Activists pushed back against this position at a congressional hearing Wednesday. 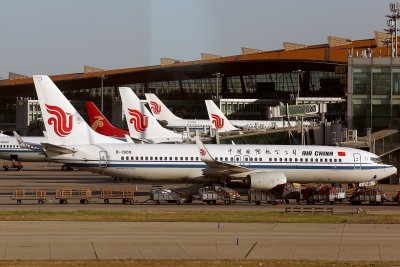