Ann Christiansen and her forensic-trained dogs, which can detect human remains, identify a possible pioneer gravesite in Idaho along a branch of the Oregon Trail. Photo courtesy of Jerry Eichhorst

DENVER, April 3 (UPI) -- Researchers using cadaver dogs will sniff out 170-year-old graves in a southeast Idaho national preserve this summer to help uncover clues about pioneers who died as their wagon trains traveled the Oregon and California trails.

The graves, often hastily dug and left behind with few markers, help tell the story of the trials and tragedies of some of the 250,000 people who crossed the United States in the mid-1800s to search for gold in California, obtain free land in Oregon or join the Mormon colony in Utah.

Piles of stones mark possible gravesites in the City of Rocks National Preserve, near Almo, Idaho, where tens of thousands of wagons trekked the California Trail between 1843 and 1869.

Administrators, archaeologists and volunteers will attempt to better identify and protect human graves within the park by using forensic dogs. The dogs are trained to respond to the odor of human remains, using a variety of bones, including ancient ones. The search was planned for May, but will be rescheduled due to COVID-19 health precautions.

"We teach the dogs to indicate when they locate the target odor," said cadaver dog trainer Ann Christiansen of Shelley, Idaho.

Christiansen's German shepherds, Rocco and Kessa, have sniffed out pioneer gravesites along the Oregon Trail and on Bureau of Land Management land in Idaho over the past 10 years.

Her dogs have found human remains more than 350 years old and even discovered traces of Native American burial sites in the cliff walls near the Snake River, she said.

"It's a lot less pressure doing historical work than forensic work, where you're looking for a clandestine grave," Christiansen said.

The Oregon and California trails cut through the high deserts of southeast Idaho. Some estimates say up to 20,000 travelers per year took four to six months to go almost 2,000 miles, usually arriving in Idaho in July or August, finishing the journey before winter.

By some estimates, 20,000 emigrants, as historians call them, died during the trek west in the decades before the completion of the First Transcontinental Railroad in 1869 made the journey easier.

"There was a lot of tragedy on the trail -- deaths and accidents -- because they were hiking day after day in the heat and dust, from Independence, Mo., all the way to California or the Willamette Valley in Oregon," said Jerry Eichhorst, of Boise, president of the Idaho chapter of the Oregon-California Trail Association.

"You can still see miles of wheel ruts that traverse across the state. They're even visible on Google Earth satellite images," Eichhorst said.

An amateur historian and researcher, Eichhorst has noted the deaths with the accounts from more than 2,400 pioneer diaries, which he has organized by date and location.

Many travelers didn't make it to their final destination. Diaries tell of accidents, violent attacks and disease, Eichhorst said. He has worked with volunteers from the history association to locate pioneer graves over the past several years.

For example, on an alternative shortcut on the Oregon Trail, Eichhorst said, travelers and their animals were sickened by a brackish water source.

"Clover Creek had bad water. It was a slow, dirty, grungy creek," Eichhorst said. "People had walked 15 miles from the Malad River and they drank the water and their animals started to die.

"Then, they started to get sick. When you have diarrhea on the high desert, you get dehydrated and die, and for the next 60 miles, there are possible gravesites along the trail."

With cadaver dogs, Eichhorst was able to confirm two gravesites with five to seven graves that may have been related to bad creek water, he said.

Eichhorst also is investigating a possible mass grave from 1854 about which he read in diaries from the 1860s. Travelers wrote about finding burned wagons and evidence of human remains, possibly from a violent attack by native tribes in the area.

"I can't find it in any newspaper account or military record," Eichhorst said.

Archaeologists from Utah State University used ground-penetrating radar to try to locate these graves. Radar images showed voids in the earth where graves might be, all oriented north-south, Eichhorst said.

"It's kind of like a big puzzle where you don't have all the pieces," Eichhorst said.

In the City of Rocks preserve, archaeologists and volunteers from the trail association found several possible gravesites last summer.

"What we found were stacks of rocks that look like they could possibly be graves," said Shalene Dickard, archaeologist and the national preserve's integrated resources director.

City of Rocks, part of the National Park Service system, was a landmark and resting spot for California Trail travelers. The park contains majestic rock formations, including Register Rock, where hundreds of Gold Rush hopefuls marked their names and dates with axle grease.

If a gravesite is confirmed, the park will not make it public, Dickard said. Graves will not be exhumed, and it's likely the park will try to keep the public away.

This story has been updated to correct several factual errors.

U.S. News // 45 minutes ago
Facebook has a new parent company name -- Meta
Oct. 28 (UPI) -- Facebook founder and CEO Mark Zuckerberg announced Thursday that the parent company of the social network and its affiliates will change its name to Meta.

U.S. News // 2 hours ago
Lauren Cho's remains identified by San Bernardino coroner
Oct. 28 (UPI) -- The San Bernardino County Coroner's Division confirmed Thursday that remains found in the county's desert were those of New Jersey resident Lauren Cho, who had been missing since June. 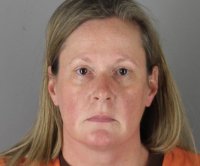 U.S. News // 5 hours ago
U.S. economy, slowed by COVID-19 and supply chain issues, grew 2% in Q3
Oct. 28 (UPI) -- The U.S. economy grew marginally during the third quarter of 2021, the Commerce Department said in its quarterly report Thursday -- a significant slowdown compared to solid growth over the first two quarters.
Advertisement