A gas station in Ballwin, Mo., sells fuel for $1.93 per gallon on March 22. AAA said Wednesday the national average for regular gasoline is $1.98. Photo by Bill Greenblatt/UPI | License Photo

April 1 (UPI) -- For the first time in more than four years, the average cost of gasoline in the United States is below $2 per gallon.

AAA said prices have fallen 45 cents, more than 18 percent, since the beginning of March and have fallen more than 25 percent over the last 12 months.

Oklahoma presently has the cheapest average cost for gasoline in the United States ($1.54 per gallon), and Hawaii has the most expensive ($3.36).

The group said it expects the national average to sink to $1.75 per gallon, or less, in April due to historically low oil prices.

Demand for gasoline has evaporated as the coronavirus pandemic has initiated lockdowns or stay-home orders in much of the United States.

Saudi Arabia's move to flood the market with crude oil, in a bid to grab market share from Russia and U.S. shale oil producers, has resulted in the lowest crude oil prices in years.

U.S. News // 2 hours ago
Survey: Blacks following coronavirus news more closely than Latinos, whites
June 5 (UPI) -- African-Americans have been following news reports and other information about the coronavirus outbreak closer than any other racial or ethnic group, a new survey by the Pew Research Center said Friday. 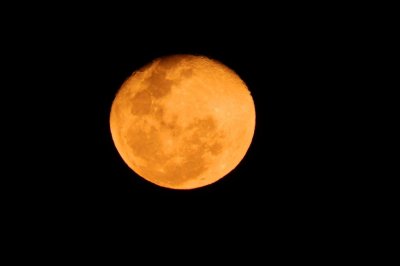