March 30 (UPI) -- The popularity of Netflix's new docu-series Tiger King has prompted a Florida sheriff to reopen a cold case, asking for leads in the missing persons case of Jack "Don" Lewis.

Lewis, the former husband of Big Cat Rescue CEO Carole Baskin, vanished in 1997. The multi-millionaire ran a different wildlife sanctuary in Tampa with Baskin before his disappearance.

"Since @netflix and #Covid19 #Quarantine has made #TigerKing all the rage, I figured it was a good time to ask for new leads. #CaroleBaskin #DonLewis #Netflix #Tiger #BigCatRescue #JoeExotic #TigerKingNetflix #HCSO," Sheriff Chad Chronister said in a tweet Monday.

Speculations about Lewis' disappearance are featured in Tiger King, the new Netflix series that focuses on big cat zoos and sanctuaries in the United States, particularly those run by Baskin and Joseph Maldonado-Passage, or "Joe Exotic."

Maldonado-Passage accused Baskin of being involved in her husband's disappearance. She disputed the allegations in a blog post written after the release of Tiger King.

"I never threatened him and I certainly had nothing to do with his disappearance," she wrote. "When he disappeared, I did everything I could to assist the police. I encouraged them to check out the rumors from Costa Rica, and separately I hired a private investigator."

Maldonado-Passage was sentenced to 22 years in prison in January for plotting to hire someone to kill Baskin.

U.S. News // 15 hours ago
Markets see boost from Gilead coronavirus news
July 10 (UPI) -- The major U.S. stock indexes finished the week on the upswing Friday, spurred in part by a promising study from Gilead on a potential coronavirus treatment. 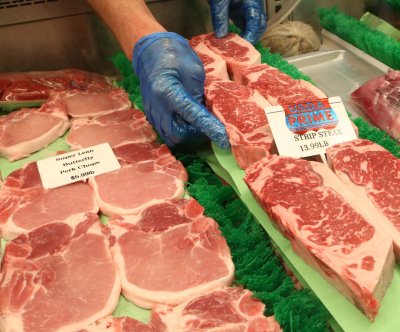