President Donald Trump has shown support for at least some of these hate groups, the report shows.

"Though Trump promised during his campaign to be a 'real friend' to the LGBTQ community, he has fully embraced anti-LGBTQ hate groups and their agenda of dismantling federal protections and resources for LGBTQ people," the report said.

The SPLC highlighted the Trump administration's affiliation with the Family Research Council, which it has deemed a hate group that uses "junk science" to make "false claims" about the LGBTQ community in an effort to promote hate and fuel the fight against their civil rights.

The LGBTQ advocacy group GLAAD has listed more than 30 examples of Perkins' opposition to LGBTQ rights. Among them, the FRC has distributed a pamphlet comparing same-sex marriage to a "man-horse marriage." Perkins also claimed lawmakers who voted to repeal "Don't Ask, Don't Tell" had the "blood of young Marines" on their hands.

Trump spoke at an FRC-hosted event in October in which he reiterated his position against the Equality Act, a bill the House passed that would extend to LGBTQ people federal non-discrimination protections.

The Trump administration's Department of Justice has also filed briefs supporting the Alliance Defending Freedom, which the SPLC has also designated a hate group, in three anti-LGBTQ lawsuits.

The ADF won a case before the Supreme Court in 2018, representing a Christian baker who refused to bake a cake for a gay wedding. In another high court case, the ADF is defending a Detroit funeral home who fired a worker going through a gender transition.

In a lower court, the ADF is representing three athletes suing the Connecticut Interscholastic Athletic Conference for its policy of allowing transgender girls to compete with other high school girls.

"Trump's embrace of these groups, their leaders and their policy agenda fuels this growth," Brooks said of the rise in "anti-LGBTQ hate groups."

The report noted that anti-LGBTQ hate groups represented the "fastest-growing sector" of hate groups last year. White nationalists groups have also been on the rise, increasing 55 percent from 100 in 2017 to 155 in 2019.

The SPLC exposed hundred of emails Trump's senior policy adviser, Stephen Miller, wrote to the far-right website Breitbart News in 2015 and 2016 which showed he was "stepped in the language, literature and ideology of the white nationalist movement," the report said. It added that Miller has been connecting groups the SPLC has designated as extremist anti-immigrant hate groups -- such as the Center for Immigration Studies and Federation for American Immigration Reform -- to some lawmakers with similar views.

The "collapse of two neo-Nazi factions riven by leadership turmoil and community pressure," contributed to the overall decline in the number of hate groups after a 30 percent rise since 2015, the SPLC said.

ADF's senior counsel, Jeremy Tedesco, rebuked the SPLC for releasing the report on March 18, amid the coronavirus pandemic.

"It's appalling that the Southern Poverty Law Center would choose this time of national emergency to launch their divisive and false 'hate report,'" Tedesco told NBC News. "We call on SPLC to retract the report, stop sowing division and join the rest of America against our common foe: COVID-19."

The SPLC similarly defends compiling a list of hate groups, exposing that their "patriotic" rhetoric masks their true intentions, in its report.

"For all their 'patriotic' rhetoric, hate groups and their imitators are really trying to divide us; their views are fundamentally anti-democratic and need to be exposed and countered," the report said.

U.S. News // 4 hours ago
Health officials: Quick work for COVID-19 vaccine a 'risk we have to take'
WASHINGTON, July 2 (UPI) -- Top U.S. health officials told lawmakers Thursday they're pursuing multiple technologies to develop a COVID-19 vaccine that could cut months off the normal time it takes to get it to market. 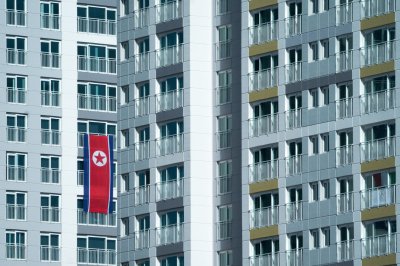