A fire on a New York City subway car, seen here destroyed in the fire, killed one person and injured at least 16, several of them firefighters, on Friday. Photo courtesy of FDNY/Twitter

The fire was confined to one car traveling underground to the subway station at 110th Street, at the northern edge of Manhattan's Central Park. Large plumes of smoke were seen rising from sewer grates as the train pulled into that station at about 3:30 a.m. Two alarms were called to put out the fire, which destroyed the interior of the car.

"It's in the subway station so there's no ventilation or limited ventilation. Besides that, you have to get the hose lines down through turnstiles which are also secured and everything. It made it a difficult operation but that's what we do. We overcome and we put it out," a Fire Department of New York spokesperson said.

Two Metropolitan Transportation Authority workers evacuated passengers, but the train operator, identified as Garrett Goble, was found unconscious on the tracks. He was taken to a hospital and pronounced dead.

"This is a terrible tragedy for this young train operator, his family, and for the entire transit workforce. A young man serving the public during a national crisis was killed at just 36 years of age," Transit Workers Union Local 100 President Tony Utano said in a statement. "Our conductor acted heroically to move passengers to the platform out of danger and deserves our deepest thanks and support for his bravery."

Of those injured, several are firefighters and at least four of the injured are hospitalized in critical condition.

Two senior law enforcement officials said an apparent emotionally disturbed man has been held for questioning in connection with the fire leading to the fatality. Two other fires were reported at other train stations prior to the incident, and one more afterward. 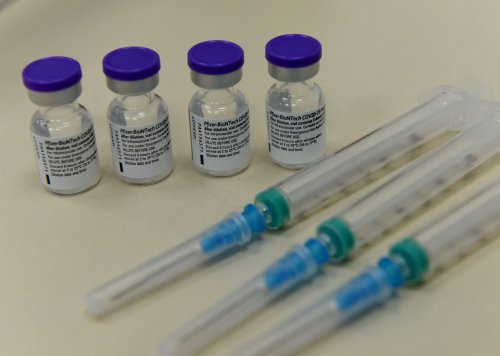