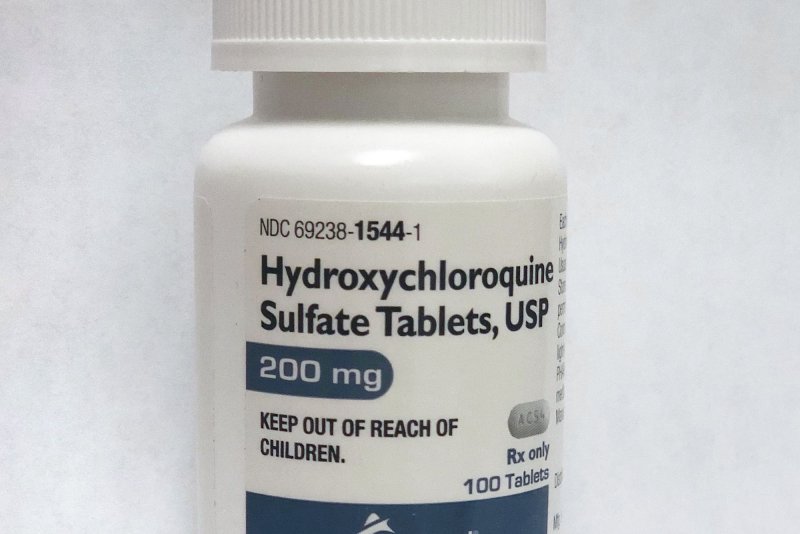 Hydroxychloroquine, sold under the brand name Plaquenil, is approved to treat lupus and rheumatoid arthritis. It has not been approved for treatment of coronavirus, as trials on its safety and efficacy for that have not been concluded.  UPI Photo | License Photo

March 24 (UPI) -- A nationwide shortage of two drugs touted as possible treatments for the coronavirus is being driven in part by doctors inappropriately prescribing the medicines for family, friends and themselves, according to pharmacists and state regulators.

"It's disgraceful, is what it is," said Garth Reynolds, executive director of the Illinois Pharmacists Association, which started getting calls and emails Saturday from members saying they were receiving questionable prescriptions. "And completely selfish."

Demand for chloroquine and hydroxychloroquine surged over the past several days as President Donald Trump promoted them as possible treatments for the coronavirus, and online forums buzzed with excitement over a small study suggesting the combination of hydroxychloroquine and a commonly used antibiotic could be effective in treating COVID-19.

Reynolds said the Illinois Pharmacists Association has started reaching out to pharmacists and medical groups throughout the state to urge doctors, nurses and physician assistants not to write prescriptions for themselves and those close to them.

"We even had a couple of examples of prescribers trying to say that the individual they were calling in for had rheumatoid arthritis," he said, explaining that pharmacists suspected that wasn't true. "I mean, that's fraud."

In one case, Reynolds said, the prescriber initially tried to get the pills without an explanation and only offered up that the individual had rheumatoid arthritis after the pharmacist questioned the prescription.

In a bulletin to pharmacists on Sunday, the state association wrote that it was "disturbed by the current actions of prescribers" and instructed members on how to file a complaint against physicians and nurses who were doing it.

RELATED Medical marijuana 'essential' in some states during coronavirus outbreak

"People are losing their minds about this product," said Brian Brito, president of SMP Pharmacy Solutions in Miami. "We're selling so much of this stuff, and people are just stockpiling it prophylactically if anybody in their family gets sick -- they're just holding onto it."

The two drugs are only available through a prescription and cannot be purchased over the counter. Hydroxychloroquine, sold under the brand name Plaquenil, is approved to treat lupus and rheumatoid arthritis, while chloroquine is an anti-malarial treatment.

There is little evidence that the drugs work to treat coronavirus, although clinical trials are underway to find out. But as coronavirus cases multiply, and protective gear for medical workers vanishes from emergency rooms, many patients and physicians see the drugs as the only hope to reverse the course of serious disease.

Brito said his pharmacy had about 800 tablets on Monday and were nearly sold out in about an hour. One doctor called and asked for 200 tablets, but the company refused.

"He was a little upset about it, but he understood, and he went quickly from 200 to 42 tablets, which is essentially treating two people," Brito said. "So yeah, they're stockpiling it."

A pharmacist in Houston, who asked to remain anonymous for fear of retaliation and violating patient privacy, said he was recently asked by a surgeon for an unusually large quantity with unlimited refills. "He said it was because his wife had lupus," the pharmacist said. "But when I asked him for her name and diagnosis, he told me just to put it in his."

Lupus patients are reporting difficulty in refilling their prescriptions for the drug. On Monday, the Lupus Foundation of America issued a joint statement asking the White House Coronavirus Task Force to "take action to ensure current supplies are allocated for patients taking them for indicated uses."

Several states in the past few days have moved to limit prescriptions of the drugs, neither of which is approved to treat the coronavirus. Trump, in press conferences and tweets over the past week, has promoted the use of the drugs as potentially blunting the impact of the COVID-19 outbreak.

"It's unfortunate that a news conference, I think prematurely, made it sound like this was the answer, and that's led to this panic," Michelle Petri, director of Johns Hopkins University School of Medicine's Lupus Center, said Friday. "I have spent the last two days trying to help lupus patients who actually need their refills." She said some patients have refills on back order, while others are being provided smaller amounts than usual.

The West Virginia Board of Pharmacy, in an alert Saturday, ordered pharmacists to limit new prescriptions to no more than 30 tablets and only to cases where the drugs were being used for approved indications.

"Currently, both nationally and in West Virginia, some prescribers have begun writing prescriptions for these drugs for family, friends and co-workers in anticipation of COVID-19-related illness," the board wrote.

Texas and Ohio have also restricted prescribing of the drugs. Louisiana on Sunday issued an emergency rule limiting when the drugs can be prescribed, citing "inappropriate use" and "hoarding." On Monday, the Louisiana Board of Pharmacy said it was rescinding that order because manufacturers had boosted distribution of the drugs.

Experts are warning that any use of the drugs outside of a hospital setting can be dangerous and admonished doctors to stop prescribing the medicines inappropriately.

Daniel Brooks, medical director of the Banner Poison and Drug Information Center in Phoenix, said it was "immoral" for physicians to hoard the medications.

"One should not be selfish and scared, especially medical providers," he said. "I find it incredibly embarrassing and unfortunate that physicians appear to be prescribing these medications inappropriately."

This weekend, Brooks cared for a man in his 60s who died after ingesting a version of chloroquine commonly used to clean fish tanks. The man, who thought he might have COVID-19, took a small amount of the substance in a misguided effort to treat his symptoms. His wife was also hospitalized after taking the substance but survived.

Brooks said the amount the couple ingested was equivalent to a couple days' worth of prescription chloroquine.

Ken Thai, owner of a chain of Los Angeles-area pharmacies, said his stores are witnessing a rash of inappropriate prescribing.

"A lot of physicians, unfortunately, are writing high amounts for more than the required number of tablets and calling in five, six, seven and eight prescriptions at a time," he said. "I don't want to insinuate what is going on, but it is very unusual."

He said his pharmacists are declining to fill suspicious orders and telling prescribers they don't have enough of the medication on hand to complete those requests. Among the prescriptions flagged are those for people who have not previously taken the drug, as well as orders from doctors who do not typically treat lupus and rheumatoid arthritis patients.

"If a doctor is writing a prescription for himself or aunts and uncles, that is usually a red flag for us," he said. "Whatever we have in stock, we have to preserve for the patients we currently service."

On Twitter, pharmacy workers traded stories about dentists and opthamologists requesting hydroxychloroquine under dubious pretenses. "A dentist just tried to call in scripts for hydroxychloroquine + azithromycin for himself, his wife & another couple (friends)," tweeted a pharmacist in Eugene, Ore. "I have patients with lupus that have been on HCQ [Hydroxychloroquine] for YEARS and now can't get it because it's on back order."

Steve Moore, president of the Pharmacists Society of the State of New York, said medical providers hoarding the drugs is occurring in the state, which has the highest number of coronavirus cases in the country.

"That's a double whammy," he said. "We're potentially taking that medication away from patients with autoimmune conditions and patients with the actual virus that may need treatment." 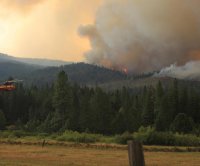