Sen. Burr calls for ethics probe of his stock sales 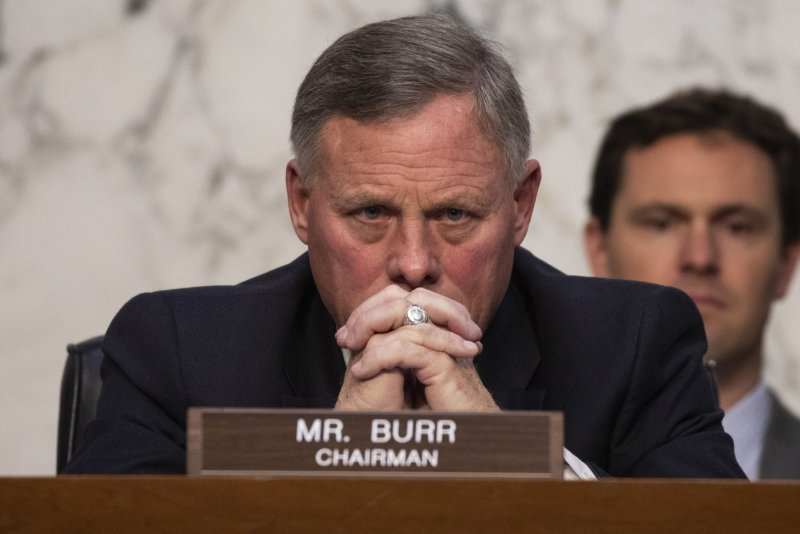 March 20 (UPI) -- Sen. Richard Burr on Friday asked the Senate ethics committee to investigate his sale of up to $1.7 million in stocks last month amid daily briefings on the coronavirus epidemic.

Burr, R-N.C., came under scrutiny Thursday after a ProPublica report detailed the unloading of stocks on Feb. 13. In the days after his stock sales, the markets lost about 30 percent of their value amid uncertainty over the COVID-19 outbreak.

As chairman of the Senate intelligence committee, Burr was receiving daily updates on details of the coronavirus outbreak, which was at the time mostly focused on China. The virus has since spread across the globe, killing at least 11,200 people and sickening 260,000 as of Friday evening, according to figures from Johns Hopkins University.

In a statement released Friday, Burr denied any wrongdoing.

RELATED Troops entering Middle East to be quarantined for 14 days

"I relied solely on public news reports to guide my decision regarding the sale of stocks on February 13," he said. "Specifically, I closely followed CNBC's daily health and science reporting out of its Asia bureaus at the time.

"Understanding the assumption many could make in hindsight however, I spoke this morning with the chairman of the Senate ethics committee and asked him to open a complete review of the matter with full transparency."

"I stand ready to be fully transparent with you and your committee as you do your work," he wrote.

Feinstein and her husband sold $1.5 million to $6 million worth of holdings in Allogene Therapeutics between Jan. 31 and Feb. 18. Inhofe sold $400,000 in holdings with PayPal, Apple and Brookfield Asset Management. And Loeffler and her husband, Jeffrey Sprecher, chairman of the New York Stock Exchange, sold millions in stocks from companies including ExxonMobil, Ross Stores and Autozone.

U.S. News // 21 hours ago
Federal judge says national ban against COVID-19-related evictions illegal
Feb. 26 (UPI) -- A federal judge in Texas has ruled that the federal government cannot prohibit landlords from evicting residents who are unable to pay their rent due to COVID-19-related hardship.