March 17 (UPI) -- California Gov. Gavin Newsom has expanded the state's response to the coronavirus, directing all restaurants to shutter their doors and residents against gathering.

Newsom announced the new measures Monday via a Facebook live broadcast from the California Office of Emergency Services, stating the new guidelines were issued to "codify" directives throughout the state as several cities and counties have issued similar guidelines if not bans.

He said the state is asking restaurants to close their in-dining services and provide take-out. The move comes a day after he asked bars, night clubs, wineries and breweries to close and restaurants to focus on takeout for those in self-isolation.

Earlier Monday, six counties in the Bay Area were ordered to shelter in place, meaning all gatherings are barred, which Newsom said given the situation "makes sense to me."

"We think it's very rational under these circumstances -- disruptive, I know, for some, but rational, we believe, in this moment," he said.

The guideline against public gatherings increases the restrictions on the previous ban he issued last week barring congregations of more than 250 people until at least April.

"People shouldn't lose or be forced out of their home because of the spread of COVID-19," he said in a statement. "Over the next few weeks, everyone will have to make sacrifices -- but a place to live shouldn't be one of them. I strongly encourage cities and counties take up this authority to protect Californians."

Residents are obliged to pay their rent but the measure is to offer those who have been negatively affected by the coronavirus some relief, he said in the broadcast.

The protections will be in place until May 31 unless extended. It also asks banks and other financial institutions to halt foreclosures during the period and the California Public Utilities Commission to monitor public and private utility providers to implement protections for critical services.

The directives came as the state confirmed 57 new cases of COVID-19 and two deaths to the virus in the past 24 hours, lifting its totals to 392 cases and six deaths. 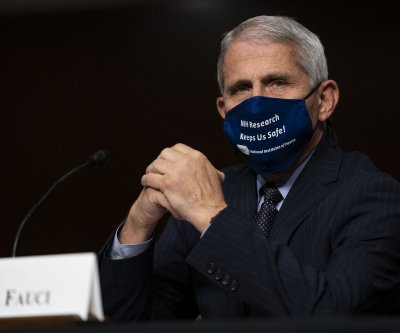 U.S. News // 9 hours ago
Protests across U.S. oppose Breonna Taylor decision for 2nd night
Sept. 25 (UPI) -- For a second straight night, protesters took to the streets in cities throughout the country in response to a Kentucky grand jury's decision not to indict three officers for the death of Breonna Taylor.