"This despicable ad is straight out of the Republican disinformation playbook," said Obama spokeswoman Katie Hill.

Feb. 27 (UPI) -- Former President Barack Obama is demanding that a conservative political group supporting President Donald Trump's re-election campaign remove one of its advertisements that he says uses some of his past comments -- out of context -- to attack Democratic candidate Joe Biden.

Obama attorneys sent a cease-and-desist letter Wednesday to the Committee to Defend the President, a political action committee that promotes Trump's re-election and attacks opponents. The super PAC has aired the ad on television stations in South Carolina, which will stage its Democratic Party primary on Saturday.

The 2-page letter demands that the PAC "immediately remove" the ad from its Facebook page and other social platforms and "refrain from airing this ad in any form or medium in the future."

In the advertisement, titled "Enough Empty Promises," the PAC uses Obama's remarks from an audio book of his 1995 memoir Dreams from My Father to imply he accuses Biden of "plantation politics."

A narrator says, "Joe Biden promised to help our community. It was a lie. Here's President Obama" -- followed by audio in which Obama is heard to say, "Plantation politics. Black people in the worst jobs. The worst housing. Police brutality rampant. But when the so-called black committeemen came around election time, we'd all line up and vote the straight Democratic ticket. Sell our souls for a Christmas turkey."

The attorneys said the ad includes unauthorized use of Obama's voice and image and violates copyright and privacy laws at a critical time in the Democratic primary campaign when Biden is seeking support among African Americans. 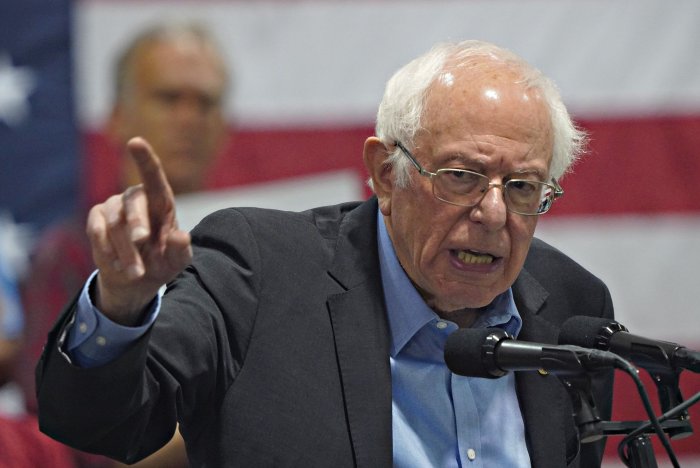 The letter denounces the ad for suggesting, deceptively, that Obama was making a contemporary critique of his former vice president. The audio remarks, though, are from a part of his book in which he's quoting a barber who's explaining racial politics in Chicago before the election of Mayor Harold Washington in 1987.

"This unauthorized use of President Obama's name, image, likeness, voice and book passage is clearly intended to mislead the target audience ... into believing that the passage from the audio book is a statement that was made by President Barack Obama during his presidency," wrote Obama attorney Patchen Haggerty in the letter, "when it was in fact made by a barber in a completely different context more than 20 years ago.

"To this end, the Committee to Defend the President must immediately remove this ad ... [and] agree on behalf of itself and all affiliated entities to refrain from future misuse of President Obama's intellectual property or right of publicity."

"This despicable ad is straight out of the Republican disinformation playbook," Obama spokeswoman Katie Hill answered. "It's clearly designed to suppress turnout among minority voters in South Carolina by taking President Obama's voice out of context and twisting his words to mislead viewers."

The PAC says by supporting a controversial 1994 crime bill as a member of Congress, Biden "joined segregationists" and "wrote a bill that disproportionately jailed African Americans, and blamed black parents for inequality."

The ad still appeared on the committee's Facebook page by mid-Thursday.

U.S. News // 4 hours ago
U.S. sues Arizona over proof of citizenship voting law
July 5 (UPI) -- The Department of Justice filed a lawsuit against Arizona over a new state law that would require residents to provide proof of U.S. citizenship to vote in federal elections.

U.S. News // 4 hours ago
Uvalde, Texas, victims aren't getting compensated from state fund as intended, officials say
July 5 (UPI) -- State Sen. Roland Gutierrez and Uvalde Mayor Don McLaughlin said families of the Uvalde shooting victims are experiencing delays in getting compensation from the state and that the compensation has been insufficient.

U.S. News // 13 hours ago
Illinois attack was one of several deadly shootings across U.S. over July 4th holiday
July 5 (UPI) -- Deadly gun violence marred July 4th celebrations in a number of cities across the U.S. over the weekend, highlighting what political leaders say is the ongoing result of insufficient regulations at the national level.