House Natural Resources Committee Chairman Raul Grijalva, D-Ariz., and Rep. Donald McEachin, D-Va., led the Capitol Hill news conference, saying the bill was an effort to make sure environmental efforts bring a positive change for everyone and that minorities have a voice in those changes.

"For far too long, communities of color, low-income communities and tribal and indigenous communities have not been a meaningful voice in the decision-making process impacting their well-being," McEachin said in the news conference. "Not with this bill."

The bill would create a fund with a new fee on oil, gas and coal companies to support communities and workers transitioning from greenhouse gas-dependent economies. The bill would expand legal rights for marginalized communities and create new federal grants and program authority to address environmental racism.

Grijalva said he thought the bill has a chance to pass the Republican-controlled Senate even though it imposes new demands on the oil industry.

"I think it's going to be very difficult for people to turn their back on this issue," he said.

Martin Hayden, vice president of policy and legislation at Earthjustice, said the bill was built from comments from those living in communities affected by pollution and climate change.

"We cannot confront the legacy of environmental racism in the United States unless we listen to the voices of the people most harmed by it," Hayden said in a statement. "We commend chairman Grijalva and McEachin for the proposal they released today and the landmark process they used to create it. It represents a bold and necessary shift in the way we create federal environmental policy." 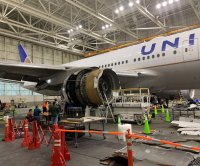