Trump said Pence will work with professionals, doctors and others working on the response to the disease known as COVID-19 and will report back directly to him.

"We have no higher priority than the safety, security, health and wellbeing of the American people," Pence said during a news conference at the White House.

Health and Human Services Secretary Alex Azar said there have been 15 cases of COVID-19 in the United States in addition to three cases of people who came from the Chinese city of Wuhan, the epicenter of the virus and 42 who were brought in from the Diamond Princess cruise ship, which docked in Japan.

Trump said that many of the people who have been diagnosed with the novel coronavirus are doing "very well."

"Of the 15 people ... eight of them have returned to their homes, to stay at their homes until they're fully recovered. One is in the hospital, five have fully recovered and one we think is in pretty good shape," he said. "In almost all cases, they're getting better."

Trump said that "right now is not the right time" to impose travel restrictions to and from more countries with coronavirus outbreaks including Italy and South Korea. He defended his decision to implement travel bans to and from China early.

"Had I not made a decision very early on not to take people from a certain area we wouldn't be talking this way we'd be talking about many more people would've been infected," he said.

Anthony Fauci, director of the National Institute of Allergy and Infectious Diseases, said a vaccine could be fully developed in about a year or a year and a half.

"The answer to containing is public health measures, we can't rely on a vaccine over the next several months to a year," he said.

Fauci added the United States would hope to have a vaccine if the virus cycles and returns next year.

Dr. Anne Schuchat, principal deputy director for the U.S. Centers of Disease Control and Prevention, said the United States should expect more cases of COVID-19 and urged U.S. schools and businesses to prepare.

"Our aggressive containment strategy here in the United States has been working and it is responsible for the low levels of cases that we have so far. However, we do expect more cases and this is a good time to prepare," she said.

Schuchat said coronavirus is a respiratory virus and causes symptoms similar to the cold and flu. She encouraged people to take measures such as covering their coughs and washing their hands to prevent spreading.

Trump said the United States has ordered "a lot" of masks and soap to combat the spread of the disease and said he would look to prevent price gauging of these items as concern in the country grows.

He also said he was willing to work with Democrats on funding to handle a potential U.S. outbreak after making an emergency request for $2.5 billion earlier this week.

"We started out by looking at certain things, we've been working with the Hill very, very carefully, very strongly and I think that we have very good bipartisan spirt for money," he said. "We were asking for $2.5 billion and we think that is a lot. But the Democrats -- and I guess Senator [Charles] Schumer -- want us to have more than that."

U.S. News // 1 hour ago
Shot of snow to deliver slippery spots, cold for Plains, Midwest
Feb. 28 (UPI) -- A swath of snow is forecast to streak across the northern tier of the country, opening the door for a blast of colder air to filter in from Canada.

U.S. News // 3 hours ago
Cuomo: Independent probe of allegations against himself
Feb. 28 (UPI) -- New York Gov. Andrew Cuomo asked the state's attorney general and chief judge to appoint an independent investigator to examine the allegations of sexual harassment made against him.

U.S. News // 8 hours ago
Heavy rain, thunderstorms to threaten the South into midweek
Feb. 28 (UPI) -- In the wake of bitterly cold air in mid-February across the South, milder air and rounds of rainfall are now bringing along a new set of hazardous weather conditions. As the calendar flips into March, the concern for flooding rainfall and locally severe thunderstorms is on the agenda for millions of Americans. 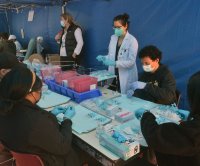 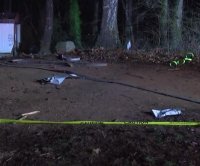