By
Raga Justin, The Texas Tribune

One-year-old Tinslee Lewis has never seen the outside of the intensive care unit of Cook Children’s Medical Center in Fort Worth, Texas. Photo courtesy of Texas Right to Life

Feb. 21 (UPI) -- When Tinslee Lewis turned 1 in early February, she spent her birthday with family by her bedside and hundreds of well-wishers on social media. But the infant was heavily sedated, her body swollen, partially paralyzed and hooked to the ventilator that has kept her alive for much of the past year.

Tinslee has never seen the outside of the intensive care unit of Cook Children's Medical Center in Fort Worth, Texas, and she may never get the chance. Tinslee's doctors, who say continuing treatment is futile and causing her to suffer, want to take her off life support. But her mother, Trinity Lewis, is battling the hospital in court in a desperate fight for Tinslee's life.

Lewis' efforts have attracted the backing of conservative elected officials and a prominent anti-abortion organization. They have painted Tinslee's case as a fundamental "right to life" issue in a legal battle to strike down a law that protects doctors' right to deny "inappropriate" medical treatment.

Texas medical experts say conservative organizations and politicians are co-opting Tinslee's case in an effort that is more about advancing a political agenda than about preserving a child's life.

"This issue is about inflicting unnecessary pain on a patient. ... It's one of quality of life and dignity," said Jon Opelt, executive director of Texas Alliance for Patient Access, a medical interest group that is supporting Cook Children's. He added that framing the issue as "pro-life" is misleading.

The staunch anti-abortion group Texas Right To Life has stepped in on behalf of the Lewis family, providing legal representation, funding attorney's fees and handling public relations for the family as the case gains national attention. The group called the law at the center of the battle "unprecedented and unethical" while questioning its constitutionality.

Yet two decades ago, Texas Right to Life spent more than a year helping write that very law.

After a major surgery in July failed to improve Tinslee's condition, doctors began discussing the possibility of taking her off life support. Lewis firmly rejected ending her daughter's care.

By September, the Lewis family and the hospital were at an impasse. Doctors requested that the hospital's ethics committee review their decision to remove Tinslee's ventilator -- the first step in an end-of-life dispute resolution process outlined in a state law called the Texas Advance Directives Act.

Advance directives are legal documents that spell out a person's wishes for end-of-life care. Patients like Tinslee, who are unable to decide their own medical treatment, must rely on family members.

Texas Right to Life helped the Lewis family sue the hospital, asking for courts to declare parts of the state law unconstitutional in an effort to prevent the hospital from ending treatment. Attorney General Ken Paxton and Gov. Greg Abbott, both Republicans, threw their support behind the Lewis family, calling for judges to stop the doctors from taking Tinslee off life support.

"Simply put, this case presents a life-or-death decision," Abbott and Paxton said in a legal brief. "The issues raised by baby [Tinslee Lewis'] appeal are of the utmost importance, not only to her and her family, but also to all Texans: the right to life and due process guaranteed by the United States and Texas Constitutions."

A spokesman for Abbott's office deferred to Paxton for comment on this story. Paxton did not respond to requests by The Texas Tribune to be interviewed.

But Texas anti-abortion groups are not in lockstep regarding Tinslee's case. Many groups outside Right to Life are siding with the medical community on the law.

Joe Pojman, director of Texas Alliance for Life, a more moderate anti-abortion group, took issue with the injection of politics into Tinslee's case. Pojman's group, along with other anti-abortion groups in the state, filed a brief in support of Cook Children's Medical Center.

"We don't think that's a pro-life position -- to advocate for prolonging a patient's death through means that cause pain and suffering," Pojman said. "If this law needs to be tweaked, that ought to be done by the Legislature."

According to state law, when a family's wishes and medical judgment clash, the hospital's ethics committee reviews the doctor's decision. If the committee sides with the doctor, the doctor has protection from liability; if it sides with the family, the physician can act as he or she chooses but will not be protected if the family decides to sue.

"No other state has that," Pojman said, calling the process "absolutely unique."

Pojman said if the law is struck down, doctors stand to lose their legal protection -- a loss he said he fears would make hospitals much more unwilling to accept and treat terminally ill patients in the first place

"They are going to harm the patients they claim to want to protect," Pojman said. "I think there are people who are trying to make political hay out of an issue that is not appropriate for politics."

Much of the legal battle hinges on a hotly contested provision of the law that gives families 10 days to find facilities willing to take on the burden of a terminally ill patient, should a hospital decide against them.

Texas Right to Life vocally supported the rule in 1999. But the group later changed its mind and now says patients should have an unlimited amount of time to find a new hospital.

In the 1990s, the state's anti-abortion coalition came together, determined to strike the right balance between a doctor's medical authority and a patient's wishes. They were concerned that the laws on the books gave doctors little incentive to continue treatment in terminal cases for fear of being sued.

Representatives from Texas Right to Life and Texas Alliance for Life, along with physicians, hospital associations and medical providers, spent more than a year debating new legislation. In 1999, the Texas Advance Directives Act emerged.

At the bill's hearing before the House's Public Health Committee, opposition was scarce. Joe Kral, legislative director for Texas Right to Life at the time, spoke at that hearing and asked for no revisions.

"We are really united behind this language," Kral said at the time. "We worked hard, and we found common ground. I'll just ask everyone on this committee to always please respect this coalition. Because even though it's strong where it's strongly united behind this language, it is still fragile. Any kind of substantial change could cause it to fall apart, literally."

Kral said he left Texas Right to Life in 2003, citing a "difference of opinion." But in an interview, he said the group's insistence on dismantling the law it worked so hard to create is "mystifying."

"There's a reason why we aren't seeing an influx of pro-life leaders rushing to their side on this issue," Kral said. "I think a lot of them fundamentally understand you have to be consistent."

Kimberlyn Schwartz, a Texas Right to Life spokeswoman, said last week that the group had apprehensions about the Texas Advance Directives Act even while it was being shaped.

Schwartz said Texas Right to Life leaders were misled at the time. Assured there would be more patient protections than there were, they had signed off on it. Once it passed, she said, the group realized how "dangerous" a law it was.

There's a lot to the law that Texas Right to Life wants to change, Schwartz said, but the main focus is eliminating the "countdown" -- the 10-day provision -- and refusing any time limit on finding a new hospital for transfer.

"It is unethical to place a countdown on patients' lives," Schwartz said. "Only God has that power, to say when somebody is going to die. It should not be left to ethics committees."

Questions about quality of life should not be decided by a hospital, Schwartz said. As for doctors' and nurses' concerns when prolonging treatment, Schwartz said, eliminating the 10-day deadline gives doctors more incentive to get patients transferred.

The family has appealed to more than 20 hospitals to take Tinslee. All of them have said no.

Tinslee is in nearconstant pain and swollen from excess fluid, according to the hospital. Her nurses vigilantly monitor her bedside for fear that at any moment, her body will shut down.

At one point, Tinslee experienced what doctors called "dying events" several times a week, during which her oxygen levels plummeted, and nurses rushed to manually inflate her lungs. These events, sometimes triggered by something as routine as a diaper change, were avoided only by increasing her sedation levels.

The Lewis family's lawyers disagree on nearly all these points. According to their brief, Tinslee is not in pain, her condition is improving, and she responds positively to her environment. Joe Nixon, one of the family's attorneys, said Tinslee is responsive to cartoons and her mother painting her nails; the atmosphere in the hospital room is "happy and upbeat."

"Those folks are ill," Nixon said, referring to groups that have backed Cook Children's Medical Center. "They have nothing to do with this family, and they are poorly informed."

Tinslee has health insurance through Texas Medicaid, which pays for her medical care, Nixon said.

Although Lewis won't talk to reporters, Nixon said, she has been publishing statements to Texas Right to Life's website. On Feb. 4, a few days after the latest court hearing, Lewis disputed "misinformation in the media" and wrote that it was her belief Tinslee was not suffering.

According to the blog post, the family's ultimate goal is a tracheotomy and a transition to palliative care.

"A lot of the nurses that care for her tell me that they enjoy caring for her," Lewis wrote. "They pray for Tinslee before their shift is over, they decorate her room, and help me take good care of her."

For now, Tinslee's case is tied up in an appeals court, which is expected to make a decision in the upcoming weeks.

"Tinslee is a fighter," Lewis wrote. "As long as she keeps responding to us and showing she is fighting, as her mom I will keep fighting for her." 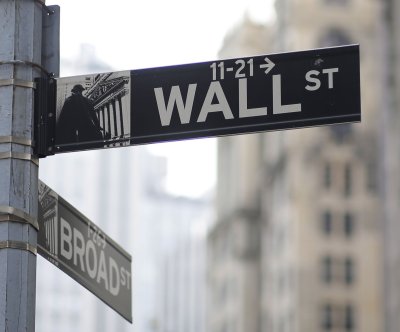 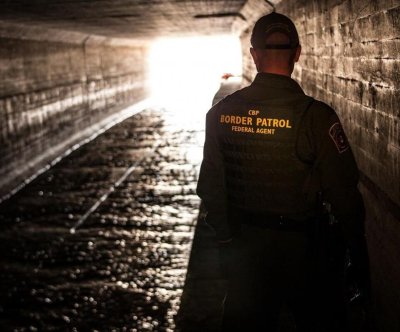 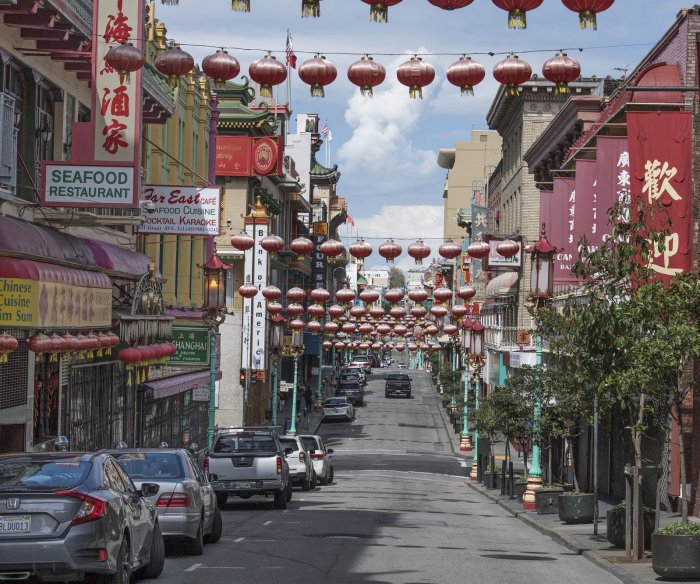