Feb. 19 (UPI) -- North Carolina's voter ID law was put on hold, possibly until November, after a state appeals court panel ruled the 2018 measure was enacted with an intent to discriminate against minorities.

The three-judge panel of the North Carolina Court of Appeals on Tuesday issued a temporary injunction against enacting the voter ID law, extending the ban for as long as it takes to settle its legality in the courts.

A federal court had already blocked its use in next month's primary election, and Tuesday's state court ruling meant the law requiring photo ID to vote -- passed by the Republican-controlled state Legislature in December 2018 over the veto of Democratic Gov. Roy Cooper -- could still be on hold during the general elections in November as well.

The panel's unanimous decision overturned a lower court decision allowing its implementation while the legal challenge from the Southern Coalition for Social Justice goes to trial.

The photo ID law was written by Republican legislators shortly after a November 2018 referendum in which 55 percent of the state's voters approved a measure requiring photo ID to vote. In the same election, however, the party lost its legislative majority and so was acting as a lame duck body.

Cooper vetoed the measure, saying it "was designed to suppress the rights of minority, poor and elderly voters," but he was overridden along party lines.

In its ruling, the state appeals panel said the lame-duck nature of the voting session meant the law was drawn up quickly with "limited debate and public input."

It also referenced North Carolina's history with voter ID laws found to have been authored with discriminatory intent, including a 2013 law ruled by a federal court to "target African-Americans with almost surgical precision."

"We believe this strong ruling almost certainly ensures that voters in North Carolina are unlikely to need voter IDs during the 2020 election cycle, paving the way for more voters to cast their ballots in these critical state and national elections," the Southern Coalition for Social Justice said in statement.

"An overwhelming percentage of North Carolinians of every demographic support voter ID and we are very disappointed to see a panel made up of three Democratic judges overturning their votes by judicial fiat," countered North Carolina Republican Party Chairman Michael Whatley. 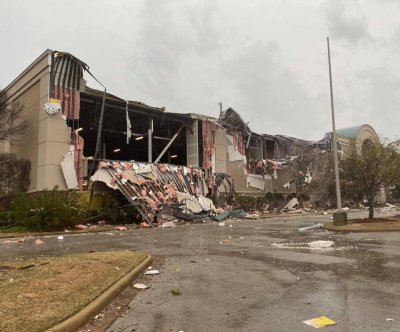