Feb. 19 (UPI) -- Boeing has ordered inspections of all its undelivered 737 Max model aircraft after finding debris left over from the manufacturing process inside fuel tanks.

The U.S. aerospace giant said it ordered the inspections following the discovery of "foreign object debris," or FOD, in the tanks of newly-built airplanes now in storage at several sites while awaiting delivery.

The inspections will be made on more than 400 undelivered planes.

A Boeing spokesman said the issue is unrelated to the technical issues which led to the model's grounding last year and shouldn't add to Boeing's timeline of returning the airliner to service by mid-summer.

The FAA said it's aware of inspections and has increased surveillance of the 737 Max program.

An internal memo sent to Boeing employees from Mark Jenks, general manager of its 737 program, called the discovery of debris "absolutely unacceptable" and instituted a strengthened regime of "inspections, audits and checks into our tank closure process to ensure there is zero FOD within the fuel tanks."

Boeing did not describe what kind of debris was found in the tanks. If left undiscovered, it could cause serious damage and block fuel lines.

The episode is part of a string of recent quality control issues for the aircraft maker. Last year it was forced to ground its KC-46 tankers after the U.S. Air Force found loose tools and bits of debris inside the completed airplanes.

U.S. News // 2 hours ago
Bomb cyclone to bring blast of winter back to parts of Northeast
Just as people in the Midwest and East become accustomed to April and even May-like warmth, winter will return to send a shock to these regions before Easter weekend begins. 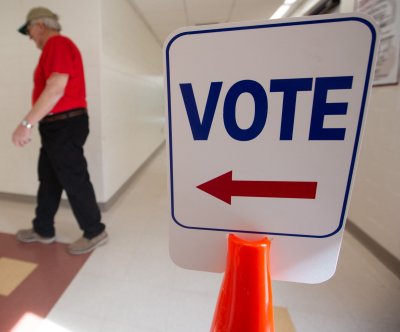