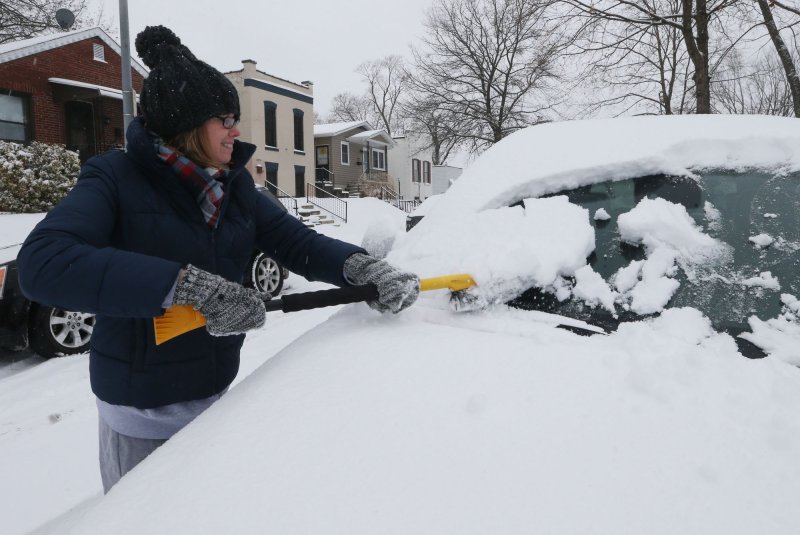 Feb. 16 (UPI) -- Just as many storms have done this winter, a new system will track from the Plains into the Great Lakes and northern New England early this week and produce another swath of snow.

The storm will first take aim at the Rockies, whitening the ground in Denver on Monday night and producing upwards of a foot of snow in the highest elevations of central Colorado.

The weather pattern feels like the movie Groundhog Day as Mother Nature seems to be exercising from muscle memory, according to forecasters.

As the storm moves out of the Rockies and into the Plains on Monday, it will tap into Gulf of Mexico moisture, and snowfall rates are likely to ramp up once again by Monday evening in the Upper Midwest.

A swath of snow will start in the Northern Plains on Sunday night but intensify as it moves eastward through Monday and Tuesday.

On the southern side of the storm, rainfall will hit already flood-ravaged areas of the South, while snow spreads through the Great Lakes to the St. Lawrence River Valley.

Snowfall is likely to trend from 1-3 inches over northeastern Iowa and Minnesota to a general 3-6 inches over parts of central and northeastern Wisconsin and the Upper Peninsula of Michigan from later Monday night through Tuesday.

In the swath from Chicago to Detroit, temperatures are expected to remain too warm for any snow accumulation, even on grassy surfaces. At this time, mainly rain is forecast in these two metro areas with more snow to the north.

If it were not for a reinforcing bubble of cold air expected to skip across the Great Lakes region from Sunday to Monday, the boundary between rain and snow would likely be much farther to the north as the coldest air from the Valentine's Day week Arctic outbreak will ease up through Sunday and give way to much milder air.

As the storm crosses the Canadian border into the northeastern U.S. on Tuesday and Tuesday night, it will encounter significant cold air and moisture with a large swath of 6-12 inches of snow forecast from central Ontario to southern Quebec and northern Maine. In these eastern areas, an AccuWeather Local StormMax™ of 16 inches is projected.

The early predictions of 1-3 inches and 3-6 inches of snowfall for New York state and central and northern New England from the storm are likely to be followed by a wintry mix and perhaps even a change to plain rain.

Another sweep of Arctic air will follow the storm this week.

The air this week is not expected to pack as much of a punch as the blast that spread from the northern Plains to the Eastern states last week. However, it is likely to be a larger and longer-lasting dose of cold air. It could play a role in the primary form of precipitation for any storm that comes along prior to the end of the month and could perhaps even lead to wintry precipitation in parts of the South.

Much of this winter, an area of high pressure has been a fairly permanent feature over the western Atlantic, and the jet stream has taken on a pattern to allow storms to move swiftly across the country.

"The combination of the warm and persistent western Atlantic high and the lack of a persistent area of cold high pressure near Greenland have played major roles in the track of most storms this winter," AccuWeather Senior Meteorologist Brett Anderson said.

When a persistent area of cold high pressure near Greenland, referred to as a "Greenland Block," is present, it causes a buckle in the jet stream and tends to slow the forward speed of storms as they approach the northeastern U.S. and southeastern Canada.

"The persistent high off the Florida coast has not only helped to pump warm air into the Southeast but has also forced storms to travel from the southern Plains and central Rockies toward the Upper Midwest," Anderson added. "Since there has been no Greenland block, cold air can't linger for very long in the Northeast, and storms can't take a more southern track, slow down and strengthen along or just off the coast."

It is possible the pattern changes enough to allow the cold air to stick around and provide an opportunity for snow and force a late-month storm to take a more southerly track over the Eastern states. Time will tell.

Denver has been buried under 45.2 inches of snow so far this winter season, more than the city's normal season-to-date snowfall by about a foot as storms have pushed inland over the West. Snowfall has been within a few inches of average in Minneapolis [40.9 inches] and Burlington, Va. [58.8 inches].

However, snowfall is well behind the typical pace in the swath from Washington, D.C., to New York City and Boston. Snow in part of the Interstate-95 corridor has been practically non-existent with only 0.3 of an inch in Philadelphia, which matches the total snow so far this winter for Muscle Shoals, Alabama, located in the northern part of the state and typically gets only a trace of snow each winter.

U.S. News // 31 minutes ago
Bidens travel to Houston Friday to see area after deadly winter storm
Feb. 26 (UPI) -- President Joe Biden and first lady Jill Biden will travel to Texas on Friday to meet with residents and volunteers recovering from the rare winter storm that devastated the state last week. 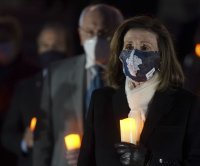