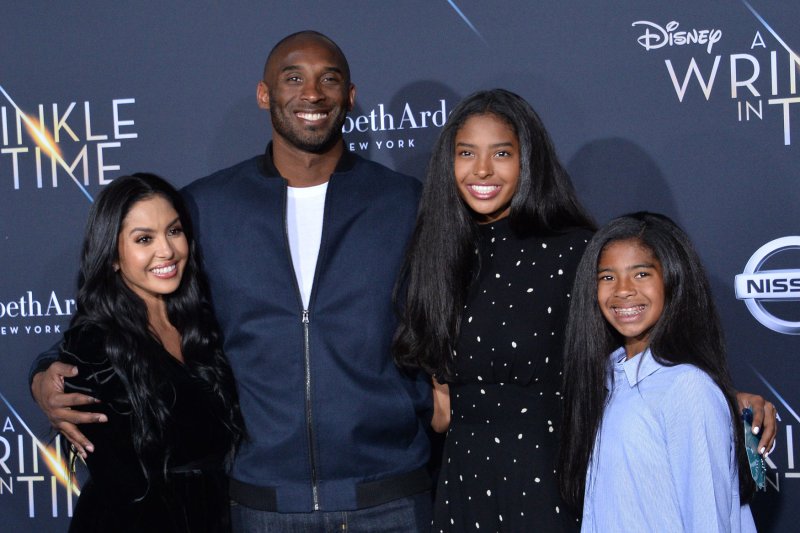 Former NBA player Kobe Bryant and his Gianna Bryant (R) were buried at a cemetery about 2 miles from the Pacific Ocean. File Photo by Jim Ruymen/UPI | License Photo

The family held a private burial service at Pacific View Memorial Park in Corona Del Mar, about 2 miles from the Pacific Ocean.

CNN and the Los Angeles Times reported on the burial, citing the Bryants' death certificates.

The two died along with seven others in a Jan. 26 helicopter crash in Calabasas, Calif. They, along with two of Gianna Bryant's teammates and their families, were traveling to the youngsters' basketball game.

Investigators are unsure what caused the crash, though weather and poor visibility due to fog may have played a factor. Last week, the National Transportation Safety Board ruled out engine failure as a contributing factor.

A public memorial for all nine killed was scheduled to take place Feb. 24 at the Staples Center in Los Angeles. In addition to the Bryants and Altobellis, the crash killed Payton Chester, her mother Sarah Chester, Mambas youth assistant basketball coach Christina Mauser and helicopter pilot Ara Zobayan.