Thousands participate in the March for Life on the National Mall in Washington on  January 24. The annual march is to protest the Supreme Court's Roe vs. Wade decision legalizing abortion. Photo by Yuri Gripas/UPI | License Photo

President Donald Trump speaks at the March for Life on January 24.  His administration has been vigorously enforcing conscience laws. Photo by Yuri Gripas/UPI | License Photo

Feb. 12 (UPI) -- The Department of Health and Human Services is threatening to withhold healthcare funds from California unless it meets a deadline this month to stop requiring health insurance plans to cover elective abortions.

State officials have vowed to fight the move.

On Jan. 24, the HHS Office of Civil Rights notified California that state mandates requiring universal abortion coverage violate federal conscience statutes and that it has 30 days to comply with the law.

The notice stemmed from two complaints alleging California engaged in unlawful discrimination when in 2014, the state's Department of Managed Health Care said health plan issuers must offer coverage for elective abortion. HHS says the requirement violates the Weldon Amendment, which bars federal programs and agencies and state and local governments from receiving certain funds if they discriminate against healthcare entities that do not provide, pay for, provide coverage of or refer for abortions.

"California has deprived over 28,000 people of plans that did not cover elective abortion, but now must cover abortion," the Office of Civil Rights said in a news release.

California Attorney General Xavier Becerra said in a news release that the Trump administration is making baseless allegations of violations and that President Donald Trump "is using the official levers of government to advance his political agenda."

"In California, we will continue to protect our families' access to healthcare, including women's constitutional right to abortion," the release says. "Nothing changes."

Other officials backed up Becerra. Gov. Gavin Newsom told Trump in a tweet that "you sicken me" with his threat to hold up billions of dollars. Rep. Jackie Speier, D-Calif., tweeted that Trump has created a hostage situation.

"The cruelty has no bounds," Speier tweeted. "Women and the most vulnerable are the casualties. We won't stand for it!"

The HHS complaints were filed by the Missionary Guadalupanas of the Holy Spirit, a Catholic organization in Los Angeles, and Skyline Wesleyan Church in La Mesa, which is in the San Diego area. Each organization also filed a lawsuit -- the Missionary Guadalupanas in state court and Skyline in federal court. After those suits were dismissed at the trial court level, both appealed.

The California Court of Appeal upheld the trial judge's decision in the Missionary Guadalupanas case. Skyline took its case to the 9th U.S. Circuit Court of Appeals, which heard arguments on Nov. 6. A decision is pending.

Churches and other employers should be free to operate according to their beliefs "and not be forced to fund something that goes against their conscience," said Denise Harle, legal counsel for Alliance Defending Freedom, a Christian nonprofit organization that represents Skyline.

ADF also represents three other California churches -- Foothill Church in Glendora, Calvary Chapel Chino Hills in Chino and The Shepherd of the Hills Church in Porter Ranch -- in a similar case that is pending at the 9th Circuit. Arguments have not been heard.

The churches sued after the Obama administration failed to address the concerns raised in their complaints, according to ADF.

The violation notification to California was made on the day Trump spoke to abortion opponents at the March for Life in Washington, D.C. The annual event takes place around the anniversary of Roe vs. Wade, a 1973 decision by the U.S. Supreme Court that legalized abortion.

HHS Secretary Alex Azar said in a news release that under the Trump administration, his agency has been "vigorously enforcing" conscience statutes.

"Once again, President Trump's administration is delivering on his promise to protect human life and all Americans' freedom of conscience," Azar says.

In January 2018, the HHS Office for Civil Rights created a Conscience and Religious Freedom Division in support of an executive order by Trump promoting free speech and religious liberty. Among other agencies, HHS was told to consider issuing regulations to address conscience-based objections to federal law's coverage requirements for health insurance plans.

After an investigation by the division, the Office for Civil Rights in January 2019 found that California had violated conscience protection laws by subjecting the Sacramento Life Center, LivingWell Medical Clinic, Pregnancy Center of the North Coast and Confidence Pregnancy Center to potential fines and discrimination for refusing to post notices saying that the state provides free or low-cost family-planning services and abortion.

The postings were required under the Reproductive Freedom, Accountability, Comprehensive Care and Transparency Act. The pregnancy centers challenged the law as a violation of their First Amendment rights, and the U.S. Supreme Court in June 2018 reversed a 9th Circuit ruling upholding the act.

In another case, a division investigation into complaints from nonprofit pregnancy resource centers resulted in Hawaii agreeing in March 2019 not to enforce provisions of a law that required them to disseminate information about abortion.

A few months later, the Office for Civil Rights announced it had issued a notice of violation finding that despite conscience-based objections, the University of Vermont Medical Center had forced a nurse to assist in an elective abortion procedure.

Harle said complaints are moving faster through the administrative process.

"The creation of this division seems to be helping correct these violations much sooner," she said. 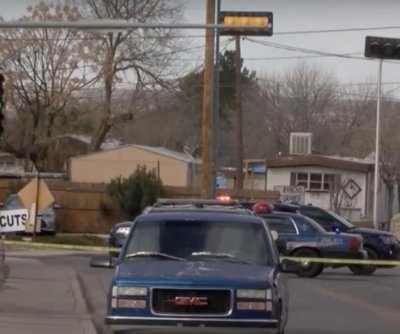 U.S. News // 14 hours ago
San Antonio soldier found dead in his home with wife, 4 children
June 6 (UPI) -- The Army has confirmed that a man found dead this week with his wife and four children in their San Antonio home was a soldier assigned to Joint Base San Antonio-Fort Sam Houston.

U.S. News // 15 hours ago
Buffalo, N.Y., officers charged with assault for injury to 75-year-old
June 6 (UPI) -- Two Buffalo, N.Y., police officers pleaded not guilty to second-degree assault Saturday, two days after they were captured on film appearing to shove a 75-year-old man who fell and was hospitalized. 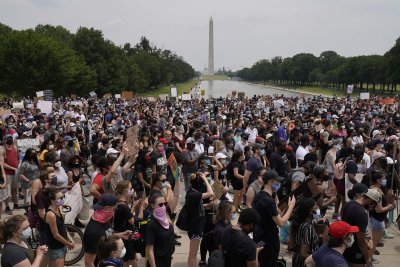