The sheriff's office announced that it served warrants for specific items of evidence including two in San Luis Obispo County, one in Los Angeles County and one in Washington state.

"Due to the high-profile nature of the investigation into the disappearance and whereabouts of Kristin Smart and to avoid the dissemination of misinformation, the sheriff's office is announcing this morning it has served search warrants for specific items of evidence inside four separate locations in California and Washington," it said.

Smart, a 19-year-old student at Cal Poly San Luis Obispo, disappeared after attending a party at an off-campus residence May 25, 1996.

RELATED Michigan inmate back in custody after mistaken release

She was declared dead in 2002 after her body was not found in an extensive search effort including K-9 units, helicopters and ground-penetrating radar.

In 2016, San Luis Obispo County authorities said they found "items of interest" while digging at three excavation sites in central California after a new lead suggested she may be buried there.

Investigators recently discovered trucks belonging to the family of Paul Flores, a long-time person of interest in the case, in another state.

Witnesses said Flores was last seen with an intoxicated Smart the night she vanished, walking her home after the party ended. A year before her disappearance a female student called police saying that an apparently drunk Flores climbed a trellis outside her apartment and refused to leave her balcony but was gone by the time police arrived.

U.S. News // 2 hours ago
California signs law forming committee to consider reparations for slavery
Sept. 30 (UPI) -- California on Wednesday became the first state to sign a law establishing a committee that will present a plan for paying reparations to Black residents and the descendants of slaves.

U.S. News // 6 hours ago
U.S. government schedules 8th federal execution this year
Sept. 30 (UPI) -- The Department of Justice on Wednesday scheduled the execution of a man convicted of murdering a 16-year-old Texas girl in 1994. 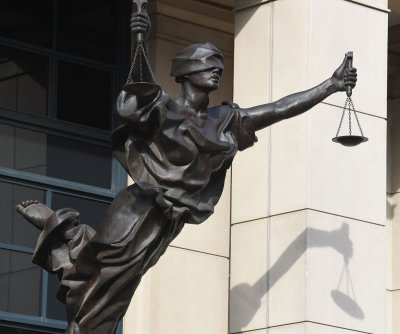 U.S. News // 10 hours ago
Debates commission to change structure after Tuesday night chaos
Sept. 30 (UPI) -- The organization that sets the procedures for presidential debates announced Wednesday that it plans to re-structure the events going forward after the chaos and verbal sparring of the night before.