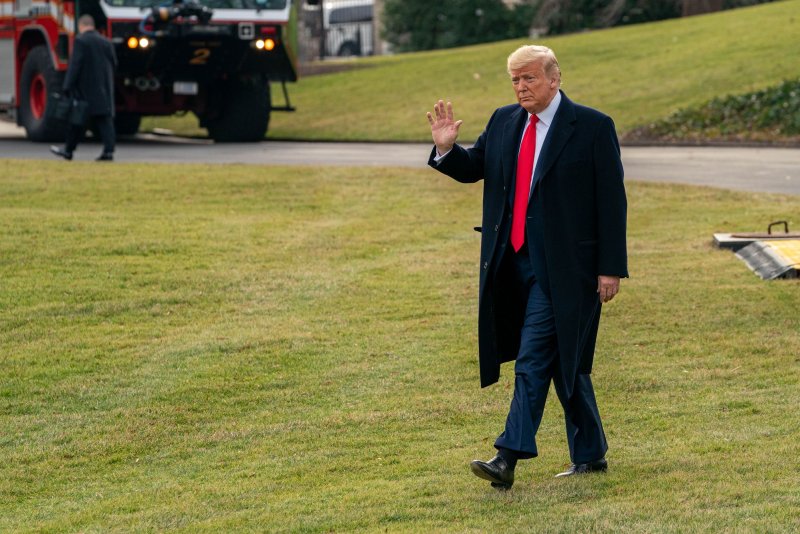 President Donald Trump will address a conference of U.S. mayors at the White House on Friday. Photo by Ken Cedeno/UPI | License Photo

Jan. 24 (UPI) -- President Donald Trump will address mayors from across the country Friday at the Transforming America's Communities forum in Washington, D.C.

His remarks will be streamed live as he concludes the daylong event at 4:15 p.m. Trump returned Thursday from the World Economic Forum in Davos, Switzerland. His impeachment trial is underway in the U.S. Senate.

Secretary of Housing and Urban Development Ben Carson and Secretary of Health and Human Services Alex Azar are among policymakers who will be available to speak with mayors Friday.

"About a week ago I got an invitation from the White House," said St. Cloud, Minn., Mayor Dave Kleis. "The president wanted to gather some mayors from around the country, so there's a group of mayors that he invited to meet with not only him but some of his cabinet and senior policy folks."