Friday is the Democrats' last day to offer up opening arguments in the trial. They planned to lay out their case for the second of Trump's two impeachment charges -- that he obstructed the House investigation into his dealings with Ukraine last summer.

"The president tried to cheat. He got caught, and then he worked hard to cover it up," Jeffries, D-Calif., said.

On Thursday, they specifically outlined the charge that Trump abused his power by withholding vital Ukrainian military aid to pressure Kiev to announce an investigation of Democratic presidential candidate Joe Biden in a bid to fuel Trump's chances at re-election.

"We will now show you these facts and many others and how they are interwoven," Rep. Adam Schiff, D-Calif., said ahead of Friday's trial. "You will see some of these facts and videos therefore in a new context, in a new light, in the light of what else we know and why it compels a finding of guilt and conviction. So there is some method to our madness."

Jeffries said the White House was aware that Trump acted improperly when asking Ukraine to interfere in the 2020 election by investigating Biden.

"But instead of halting the president's corrupt scheme, they worked overtime to conceal it from the American people.

"As additional evidence mounted, the Republicans worked hard to keep the American people from learning about the president's misconduct. Secretary of State [Mike] Pompeo, Secretary of Defense [Mark] Esper and [former national security adviser] John Bolton tried to convince President Trump to lift the hold on the security assistance. They failed."

Jeffries said the $391 million in security aid was only paid to Ukraine after he was "caught red-handed."

Rep. Zoe Lofgren, D-Calif., another House manager, also spoke Friday, comparing Trump to former President Richard Nixon, who also was impeached. She said that unlike Trump, Nixon told his staff to testify during the Watergate investigation.

Lofgren said Trump's refusal to cooperate with his impeachment investigation amounted to obstruction of Congress.

Closing out his own arguments for the day, Rep. Jerrold Nadler went a step further, saying not only did Trump obstruct Congress, he acts as though he's a "dictator."

"He is a dictator. This must not stand, and that is why another reason he must be removed from office."

Democratic managers have 8 hours Friday to detail the second impeachment charge and its legal and constitutional grounds that support removing Trump from office. Senate Republicans agreed earlier this week to allow both sides 24 combined hours to make opening presentations, and Democrats used up 16 of those hours on Wednesday and Thursday.

"We're going to respond, of course, to what the House managers have put forward," Trump attorney Jay Sekulow said Wednesday. "We're going to make an affirmative case defending the president."

Senate Republican leader Mitch McConnell announced changes to the timeline going forward Friday. He said Saturday's session will begin at 10 a.m. EST. Since Chief Justice John Roberts doesn't have his daily Supreme Court duties Saturday morning, he can preside over the trial earlier than on weekdays.

Rep. Jerrold Nadler, D-N.Y., argued on Thursday that Trump doesn't necessarily have to be guilty of a crime to be removed from office.

"Since President George Washington took office in 1789, no president has abused his power in this way," Nadler, the chairman of the House judiciary committee, said. "No president has ever used his office to compel a foreign nation to help him cheat in our elections."

Van Hollen had written to the GAO seeking documents from its investigation.

"In response to my request to investigate the withholding of aid to Ukraine, GAO asked the White House and [its budget office] for explanations," he said. "As seen in these documents, [the Office of Management and Budget] provided incomplete responses and the White House flat out refused. Part of the cover-up."

The documents include correspondence between the GAO and the White House, the Office of Management and Budget and the Defense Department. 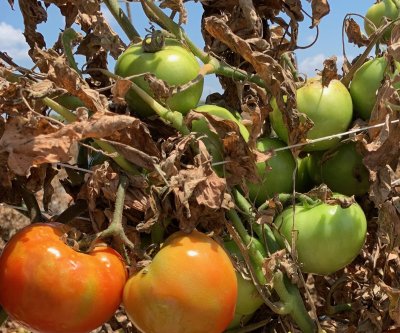 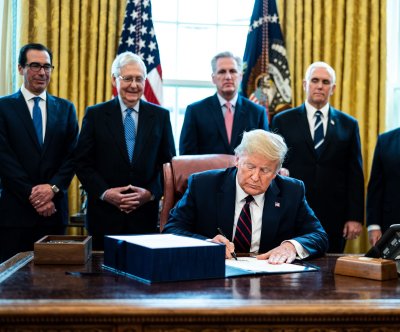