Wayne Eldridge Weeks escaped while on work release at a senior citizen's center. Photo courtesy of the Kentucky State Police

Jan. 18 (UPI) -- Authorities arrested a prison inmate in Kentucky one week after he escaped custody during a work release, the state police said.

A state trooper arrested Wayne Eldridge Weeks, 38, of Mt. Olivet on Friday after receiving a report of a "suspicious person" at a gas station in Smiths Grove.

"Weeks was arrested without incident and lodged in the Warren County Detention Center," the Kentucky State Police said in a news release.

Weeks was working at the Senior Citizen's Center in Hopkinsville on Jan. 10 when he escaped custody. At the time, he was an inmate at Christian County Detention Center on multiple charges, including receiving stolen property under $10,000, two counts of jumping in the first degree and possession of a controlled substance in the first degree. 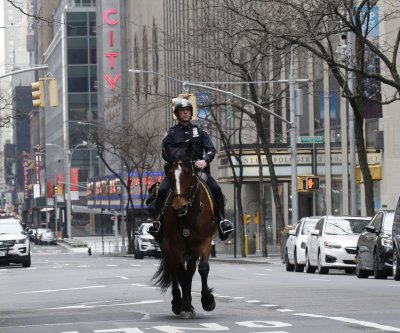