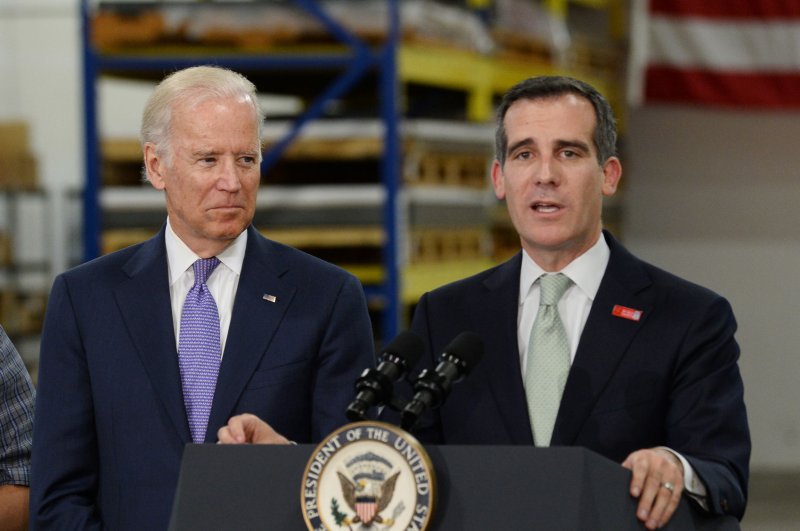 "We need Joe Biden to bring our nation and world together during these most divided and dangerous times," Garcetti said in a letter distributed by the Biden campaign on Thursday. "I know that from Day One, he will heal our nation, repair our relationships abroad and get things done -- and will be a true partner in solving the national homelessness crisis."

Biden is in a tight race for the Democratic nomination to take on President Donald Trump in November that includes big names such as Sens. Elizabeth Warren and Bernie Sanders. His camp hopes Garcetti's endorsement will help him to secure California on March 3 when it holds its primary.

RELATED DNC: Next debate will be rescheduled if it clashes with impeachment trial

In the letter, Garcetti called Biden "a close personal friend who has been an incredible partner in delivering progress for LA."

"He came to LA and stood shoulder to shoulder with me to make us the first big city to enact a $15 minimum wage, and he brought leaders from all over the world to our city to forge the most sweeping climate agreement prior to the Paris accords," he said.

RELATED Trump beats all Democrats in 4th-quarter fundraising; Sanders on the rise

"Joe is a candidate that has both the experience and the ability to build a broad-based coalition needed to beat Donald Trump -- not just here in California, but across the country," Garcia said in a statement. "We've seen Joe bring people together time and time again to deliver results for working families, including right here in California."

RELATED Joe Biden calls for diplomacy in dealing with Iran