The vote follows a national address by Trump in which he warned that U.S. missiles are "big, powerful, accurate, lethal and fast."

Palestinian demonstrators burn U.S. and Israeli flags Wednesday during a rally in Khan Younis in the southern Gaza Strip, to oppose the death of Iranian commander Qassem Soleimani (portrait) and celebrate a volley of missiles fired by Iran at bases where U.S. troops were stationed in Iraq. Photo by Ismael Mohamad/UPI | License Photo

House Democrats speak to reporters Wednesday about escalating tensions between Iran and the United States and a proposed resolution to force President Donald Trump to seek congressional approval before acting militarily against Tehran. Photo by Kevin Dietsch/UPI | License Photo

Gaetz, R-Fla., told The Hill he felt comfortable voting for the resolution after the passage of an amendment he presented stripping language criticizing Trump for targeting Iranian military commander Qassem Soleimani.

"I don't think that our country needs to get pulled into another forever Middle East war in the absence of congressional approval," he said.

Rose, D-N.Y., said he believes Congress "must be proactive" in fulfilling constitutional duties regarding declaring war and authorizing military force but that he doesn't believe the resolution works toward that goal.

"President Trump was justified in killing a terrorist who was responsible for the murder of hundreds of American service members and was in the process of planning to kill more," he said. "I appreciate the president's efforts to de-escalate conflict in the face of Iranian retaliation and support his diplomatic efforts and economic sanctions to advance our goals of ensuring Iran does not gain nuclear weapons and to end their support of terrorist activities."

During a campaign rally in Ohio Thursday night, Trump lambasted the Democrats for criticizing his decision to order the airstrike that killed Soleimani, calling him "the king of the roadside bomb," and for not discussing it with Congress beforehand.

"The radical left Democrats have expressed outrage over the termination of this horrible terrorist," he said before thousands in Toledo. "And, you know, instead they should be outraged by Soleimani's savage crimes and the fact that his countless victims were denied justice."

He said the decision to go ahead with the strike was made in a split second and there wasn't time to notify House Speaker Nancy Pelosi, "who isn't operating with a full deck."

Pelosi announced the vote Wednesday after angry Democratic leaders emerged from a closed-door meeting with top administration officials that addressed the justifications used for last week's airstrike that killed Soleimani in Iraq.

Echoing earlier statements by U.S. Secretary of State Mike Pompeo, Trump dismissed Iran's counterattack in a national speech Wednesday in which he justified Soleimani's death by calling him a "ruthless terrorist" with American and Iraqi blood on his hands.

"Our missiles are big, powerful, accurate, lethal and fast," he said. "We do not want to use it. American strength, both military and economic, is the best deterrent."

Trump has previously threatened military action against foreign adversaries like Iran and North Korea, but House Democrats want to ensure he won't act unilaterally. After Wednesday's private meeting, they said they were disconcerted the administration's argument for killing Soleimani wasn't more concrete.

"There was no raw evidence presented that this was an imminent threat," said Rep. Pramila Jayapal of Washington.

"I didn't hear anything in the briefing that there was a lawful basis for the attack and that the threat was imminent," added Rep. David Cicilline of Rhode Island.

"Members of Congress have serious, urgent concerns about the administration's decision to engage in hostilities against Iran and about its lack of strategy moving forward," Pelosi said Wednesday. "Our concerns were not addressed by the president's insufficient War Powers Act notification and by the administration's briefing today."

The Republican-held Senate introduced a bipartisan resolution on Wednesday that underscores the fact Trump does not have congressional authorization to pursue military action against Iran.

Introduced by Sens. Jeff Merkley, D-Ore., and Rand Paul, R-Ky., the resolution warns that government authorizations to use military force against terrorists and the state of Iraq, adopted in 2001 and 2002 in the early stages of the U.S. war on terror, do not legally permit the Trump administration to unilaterally launch military action against Iran. 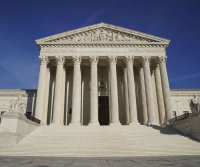 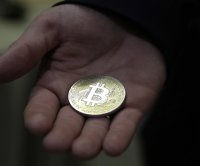 U.S. News // 5 hours ago
Pending home sales dip slightly in October, easing off on hot pace
Nov. 30 (UPI) -- Pending sales in the U.S. housing market declined slightly for a second consecutive month in October, signaling buyers may be reaching a limit on what they can afford, updated data showed Monday.