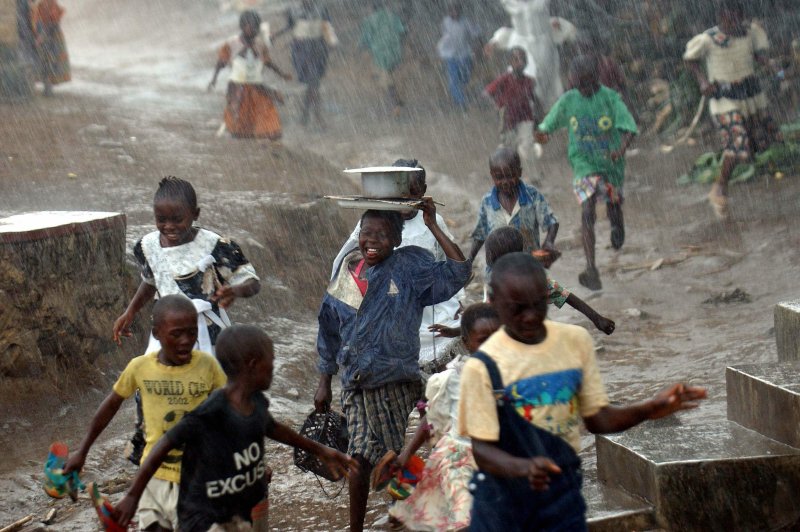 Children run in the rain in the town of Bunia, Democratic Republic of Congo. A new lawsuit accuses several U.S. tech companies of failing to prevent injury and death to children in the mining of cobalt. File Photo by Maurizio Gambarini/EPA

Dec. 16 (UPI) -- A global human rights organization is suing a number of major U.S. technology companies on behalf of Congolese families that have had their children killed or seriously hurt while mining for cobalt in the central African nation.

The families are seeking damages from the companies, which they accuse of aiding British mining company Glencore in using forced child labor in the Democratic Republic of Congo to mine the material. The suit says the companies are "knowingly benefiting from and aiding and abetting the cruel and brutal use of young children" at Congolese cobalt mines.

Cobalt is a key element in the manufacture of rechargeable lithium-ion batteries that are used in common electronic products like electric vehicles, smartphones and computerized devices. It is in abundant supply in the DRC, particularly in its Katanga region.

The lawsuit charges the companies with violating the U.S. Trafficking Victims Protection Reauthorization Act by not intervening to prevent abuses.

"We will do everything possible to get justice quickly for the children we represent," Terry Collingsworth, IRA executive director and lead counsel, said in a statement. "In my 35 years as a human rights lawyer, I've never seen such extreme abuse of innocent children on a large scale. This astounding cruelty and greed need to stop."

Congolese families said children were killed in the collapse of one cobalt mine tunnel and other mishaps paralyzed and maimed child workers.

RELATED Plane crashes into homes in Congo, killing 19 aboard, others

Britain's Serious Fraud Office said this month it's investigating Glencore for bribery. Although it's not a defendant in the U.S. lawsuit, Glencore said it "does not tolerate any form of child, forced or compulsory labor."

"Child labor and endangerment is unacceptable and our Supplier Code of Conduct strictly prohibits this activity," a spokesperson said in an email to UPI. "We are committed to sourcing all materials ethically and eliminating child mining in global supply chains.

"As an active member of the Responsible Minerals Initiative, we work alongside our suppliers, other companies, and industry groups to drive efforts in and beyond the DRC. 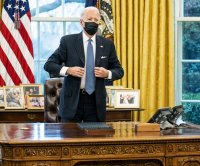