Dec. 9 (UPI) -- Federal agents soon might expand methods to manage wild horses and burros on public lands, including unrestricted sales that could lead to slaughter for meat and sterilizing on the range, according to a rule proposed by the Department of Interior.

An explosion in the number of wild horses over the past decade, combined with drought conditions in the West and depleted rangeland, have left the free-ranging animals in danger of a population collapse with horses starving to death or depleting water supplies, the Bureau of Land Management says.

The bureau has said it needs new tools, other than emergency roundups, to cull the wild horse population, which has been under its care since Congress adopted the Wild-Free Roaming Horses and Burros Act in 1971.

But animal activists worry that changes for animals rounded up on the range may lead to euthanasia of healthy ones or the sale of old and unadoptable ones for slaughter.

RELATED Wild horse and burro numbers must be slashed, advisory board says

The Trump administration's online unified agenda -- a list of plans under development by the federal government over the next six months -- says the bureau will "add regulatory tools" to the wild horse and burro program.

These will include "BLM's authority to sell excess wild horses and burros." The agenda also says new rules will expand the bureau's options for animal fertility control.

William Pendley Perry, the bureau's new chief, has called the damage caused by wild horses an "existential threat" to the rangeland. Perry had been criticized by animal supporters for defending mining and ranching interests in his private law practice and advocating for the selling of public lands before being picked by President Donald Trump to run the bureau.

In defending any future decisions, a bureau spokesman said the agency must juggle the needs of multiple users of public lands.

"We manage for land health," said Jason Lutterman, the agency's public affairs specialist in Nevada. "We are responsible for horses, livestock, recreation and other [commercial] uses. The BLM is trying to do all things at once: protect the animals, protect the land, respond to the public and operate within the laws Congress has established for us."

Federal wild horse administrators say they want to slash horse and burro numbers back to appropriate levels of around 27,000 animals to keep the herds healthy and protect rangeland.

Some wild horse advocates dispute the bureau's recommended herd numbers. A 2013 National Academy of Science report commissioned by the bureau found that the agency was regionally inconsistent and didn't use scientific methods to determine populations and horse-related damage to the range.

But the bureau's Lutterman said a decentralized agency structure means regional managers are given autonomy to make decisions based on local needs.

Federal agents have removed horses from public rangeland since the 1970s, but the horses continue to reproduce with some herds, or bands, doubling in size every four years.

Off the range, about 45,000 animals live in long-term pastures in Kansas at a cost of about $50 million a year in taxpayer money.

The bureau had a positive outcome this year, Lutterman said. For the first time, it adopted out about 7,000 animals in 2019, almost as many as were removed from the range.

"We have our new website, the Online Corral, and have been marketing with social media to increase the number of animals online auctions with pictures of animals to adopt," he said. This year, the agency also has offered a $1,000 stipend to people who adopt a wild horse or burro.

To help solve the wild horse overpopulation problem, the bureau has looked for help from experts, including two veterinarian associations that issued a policy statement this year.

The new policy recommends selling wild horses with no restrictions, which activists fear will lead them into the hands of horse-slaughtering buyers, as has happened before.

"It's such a complex issue," said Missouri veterinarian Bruce Whittle, who represents the American Association of Equine Practitioners. "It is possible some horses would be processed for human consumption, but only if not adopted or placed in private sanctuary."

Animals that end up as food in France and Asia are first sent to Mexico and Canada for slaughter.

The bureau's rules were changed in 2005 to include the ability to sell animals for horse meat, but Congress has built protections for wild horses into appropriations bills. The yearly interior budget prohibits wild horses from being sold "for processing into commercial products." Also, the U.S. Department of Agriculture appropriations bill prohibits licensing of horse meat inspectors.

Spaying on the range

A bureau proposal, also recommended by the veterinary associations, for permanent spaying on the range also has generated controversy.

The spaying process, called ovariectomy and colpotomy, involves removing the ovaries from a sedated mare with a metal tool after making an incision inside the mare's vagina.

"The BLM believes if you can spay a wild horse, put her back on the range and not have to touch her again, that's a good outcome," agency spokesman Lutterman said.

But even veterinarians don't agree that the process is humane or safe. Colorado State University's veterinary school withdrew last year from a pilot program to spay animals at an Oregon horse colony, saying the university's researchers would prefer to study fertilization vaccines.

"It's inhumane and ridiculous," said Neda DeMaya, president and founder of the Return to Freedom Wild Horse Conservation, a California-based wild horse sanctuary.

Meanwhile, researchers at Purdue University and elsewhere are working to develop a five-year sterilization vaccine.

"We're running out of time, with 40,000 mares that need to be treated with a fertility control vaccine, and no BLM program to do it," said Stephanie Boyles Griffin, a biologist with the Humane Society.

"The BLM is investing over $11 million for a better vaccine," the agency's Lutterman said. With current vaccines, it's difficult to dart animals every year in remote herds, he said. "We're working on a longer-lasting vaccine, so we don't have to lay hands on them for five or six years."

The bureau is seeking public comment until Dec. 19 on a proposed Nevada-based study into the use of an experimental one-dose oocyte growth factor vaccine. The program might lead to a single-dose contraceptive for mares.

Understanding the crisis with the wild horses and burros and fearing it would get worse if nothing was done, a group of the traditional adversaries on the wild horse issue met this year to give guidance to the BLM.

The "Path Forward for the Bureau of Land Management's Horses and Burros" plan was created by ranchers, farmers and horse advocates from the Humane Society of the United States, National Cattlemen's Beef Association, American Farm Bureau Federation, Return to Freedom, ASPCA and other stakeholders.

The plan, submitted to Congress, calls for boosting the bureau's use of dart-gun sterilization vaccines (agents vaccinated fewer than 1,000 animals in 2017) and developing private-public partnerships for off-range horse storage and adoptions.

The U.S. Senate Committee on Appropriations has proposed an additional $35 million tied to the recommendations of the Path Forward proposal. The Senate has not yet voted on the bill.

For now, animal welfare agencies and members of Congress are awaiting the official yearly report from the BLM, which was due in May, which may have more details.

The bureau is "finalizing a report to Congress with a practical plan for reducing overpopulation in America's wild horse and burro herds," a spokesman said in an email to UPI.

"It is unclear what direction this BLM proposal on wild horse and burro management will take, and we will be watching the agency's actions closely," the ASPCA said in an email.

"What is clear is that the American people and the U.S. Congress will adamantly oppose any proposal that would weaken protections for our wild herds or make them more vulnerable to slaughter." 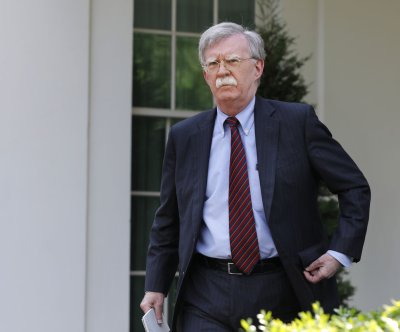 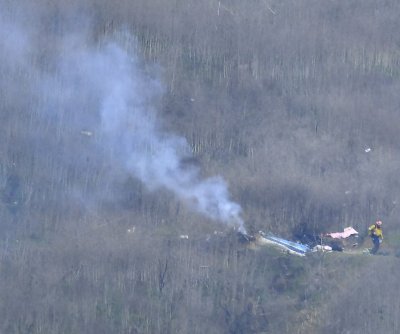