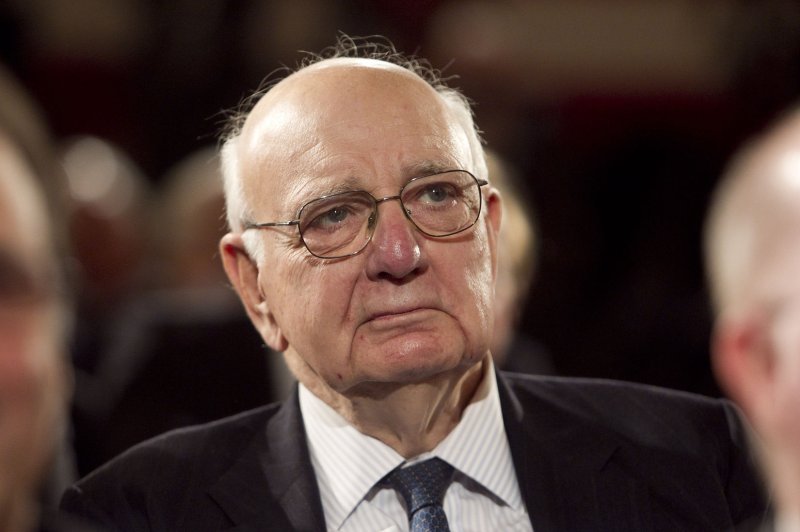 Paul Volcker, seen here in 2011, died Sunday at age 92. He is credited as one of the greatest shapers of U.S. postwar economic policy. UPI file photo by Andrew Harrer.  | License Photo

Volcker, who served as Fed chairman under U.S. Presidents Jimmy Carter and Ronald Reagan, had a stellar career spanning four decades, during which he was regularly cited as one of the biggest influencers of U.S. economic policy.

In addition to his role at the Fed, he served in the administrations of Presidents John Kennedy, Lyndon Johnson and Richard Nixon, and enjoyed a successful private Wall Street career as the CEO of Wolfensohn & Company.

His most lasting legacy, however, was his role in taming the rampant inflation of the late 1970s after being tapped by Carter as Fed chairman in 1979. Carter chose Volcker despite knowing the cigar-smoking investment banker intended to massively raise interest rates in a bid to break a cycle of runaway inflation, which had reached 14.8 percent by 1980.

Volcker instituted interest rate hikes which reached a peak of 22 percent in 1981, triggering a deep recession. But within two years of that peak rate, inflation had fallen below 3 percent, finally ending nearly a decade of high inflation.

Volcker was also known as an opponent of loosening regulations on investment banks, which he blamed for triggering the financial meltdown of the 2008 "Great Recession." In his final major contribution to U.S. economic policy, he advocated putting new restrictions on big banks -- a measure now known as the "Volcker Rule."

He is survived by wife Anke Dening; his son, James; a daughter, Janice Volcker Zima; a sister, Virginia Streitfeld; and four grandchildren. 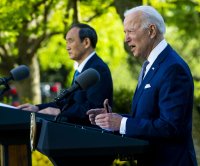 U.S. News // 18 hours ago
'Lifetime' Oath Keepers member first to plead guilty in Jan. 6 Capitol attack
April 16 (UPI) -- Jon Schaffer, a member of the Oath Keepers, will be the first Capitol rioter to plead guilty to charges for his role in the Jan. 6 attack, according to court documents.

U.S. News // 23 hours ago
Eli Lilly asks FDA to revoke approval for use of antibody drug by itself
April 16 (UPI) -- Eli Lilly said Friday it's asked federal regulators to revoke emergency use authorization for lone use of its COVID-19 antibody bamlanivimab, as it develops a combination therapy with the drug it says is more effective.