Fayettesville police Officer Stephen Carr, 27, was alone in the parking lot waiting for his partner Saturday night when a man approached and shot him. Photo courtesy Fayetteville Police Department

Dec. 8 (UPI) -- Two police personnel were shot dead Saturday night -- a Houston police sergeant responding to a domestic disturbance and a Fayetteville officer behind the Arkansas city's police station. On Friday night, a police officer in Huntsville, Ala., was shot to death during a narcotics operation.

Fayettesville officer Stephen Carr, 27, was alone in the parking lot waiting for his partner around 9:40 p.m. when the suspect, London T. Phillips, 35, approached and shot him, the police department said in a news release Sunday.

Sgt. Christopher Brewster, 32, died after responding to the call at 5:45 p.m. on Houston's East End from a woman who told dispatchers her boyfriend was assaulting her and had two weapons, police Chief Art Acevedo told reporters.

In Fayetteville, where the University of Arkansas is located, several officers came out to find Carr down next to a police cruiser. The officer engaged with Phillips over 30 seconds. The officer and suspect were declared dead at the scene.

In December 2018, he was reported for impersonating a police officer. Reynolds told reporters it "appears the suspect came into the back parking lot and just executed my officer." He said there doesn't seem to be a motive.

Carr, who was a patrol officer, served in the police force for 2 1/2 years.

"I am deeply saddened to learn of the senseless killing of a City of Fayetteville police officer," Arkansas Gov. Asa Hutchinson posted on Twitter. Our prayers are with the officer's family, Chief Reynolds and our entire law enforcement community.

In Houston, Brewster found the couple walking on a nearby street. While exiting his vehicle without his gun drawn, he came under fire, according to Acevedo. He managed to draw his weapon and radio a description of the suspect. He was wearing a vest.

In court Sunday, he was charged with capital murder of a police officer and is being held without bond.

"Thank you all for your continued prayers," Acevedo posted on Twitter about Brewster, who was married. "We will get through this tragedy as a family with the help of our community."

"Our hearts are heavy tonight as a Houston Police Officer was killed in the line of duty," Texas Gov. Greg Abbott posted on his personal Twitter account. "Send prayers to lift up the family of this slain officer. Tonight & Every Night we Back The Blue in Houston & across Texas."

The last line-of-duty fatality involving a Houston-area law enforcement officer was in September when Harris County Sheriff's deputy Sandeep Dhaliwal was ambushed during a traffic stop.

In Alabama, Clardy was the seventh officer to die in the line of duty this year.

"I am grieved to hear of the Huntsville Police Officer killed in the line of duty and extend my deepest sympathies and prayers to his family for their unimaginable loss," Alabama Gov. Kay Ivey posted on Twitter. "It has been an exceptionally tough year for our law enforcement community, and this will be felt across our state. I will also be praying for the strength for the Huntsville Police as they grieve the loss of their fellow officer, as well as for their continued protection as they keep us safe. May the Lord's peace that passes all understanding be with the family and everyone who loved this dedicated officer."

Clardy's father, Billy Fred Clardy Jr., was killed in the line of duty with the department in 1978.

Clardy, who was a U.S. Army veteran, served with the Huntsville Police Department for 14 years and previously worked with the Limestone County Sheriff's Office and the Fayetteville, Tenn., Police Department. He is survived by his wife and five children.

"Billy Clardy was more than a Huntsville hero," Police Chief Mark McMurray said Saturday in announcing the officer's name. "He was an American hero."

He was surrounded by dozens of law enforcement officers, local leaders and Clardy's family.

He was part of a task force conducting a buy-bust operation at a home. Agents attempted to take the suspect into custody as the man delivered a large amount of narcotics to the home. The man immediately opened fire, striking Clardy in an area not protected by his vest.

The man was taken into custody after a short foot pursuit.

Police have identified the suspect as LaJeromeny Brown, 41, of Tennessee. He is held in the Madison County jail on a capital murder charge, police said.

U.S. News // 17 hours ago
Democrats talk healthcare, climate change in Nevada debate
Feb. 20 (UPI) -- Democratic presidential candidates laid out their plans for the future of healthcare and climate action in America during a debate in Nevada on Wednesday. 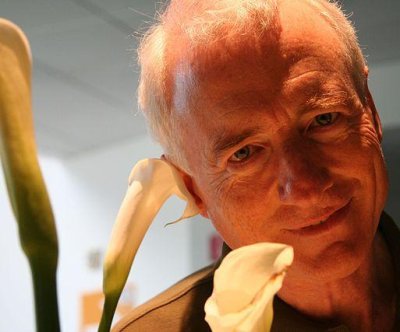 U.S. News // 3 hours ago
U.S. says Russia behind cyberattack in ex-Soviet territory Georgia
Feb. 20 (UPI) -- U.S. Secretary of State Mike Pompeo said Thursday the Russian government was behind a cyberattack last fall in the former Soviet territory of Georgia, and vowed the United States will provide security help from now on.

U.S. News // 4 hours ago
Trump takes credit for sustained U.S. economic growth in report to Congress
Feb. 20 (UPI) -- President Donald Trump released his economic report Thursday, which hails his administration for stimulating a robust U.S. economy -- and seeks to dispel any notion that former President Barack Obama had any hand in it.