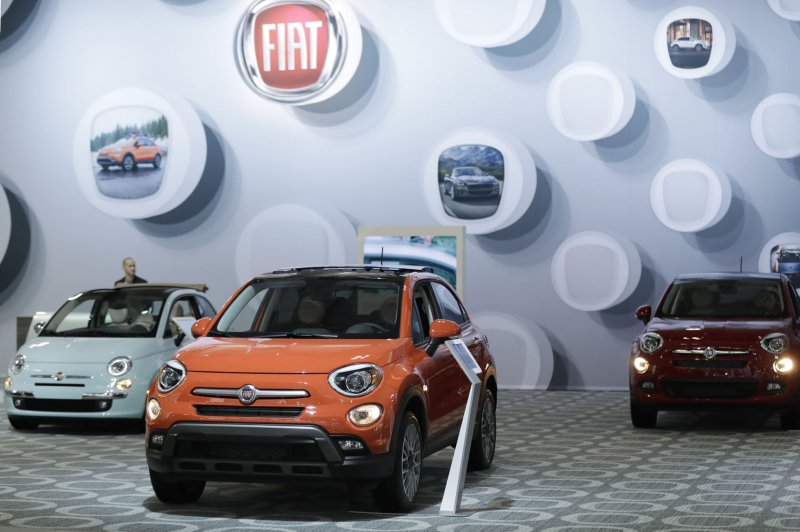 The UAW and Fiat Chrysler Automobiles announced Saturday they've reached an agreement that will add 8,000 over the next four years. File Photo by John Angelillo/UPI | License Photo

Nov. 30 (UPI) -- The United Auto Workers and Fiat Chrysler Automobiles announced Saturday that they have reached a tentative agreement that adds nearly 8,000 jobs over the four-year life of the contract.

FCA confirmed in a press statement that it reached a deal with the union but did not release further details.

A statement on the UAW's website says the union will not be releasing details of the agreement until UAW-FCA Council members have had a chance to meet and review them.

"The pattern bargaining strategy has been a very effective approach for the UAW and its members to negotiate economic gains around salary, benefits and job security. In addition to the $4.5 billion in major investments previously announced, negotiators secured an additional $4.5 billion for a total of $9 billion of investments adding 7,900 jobs during the contract period."

FCA hourly and salaried workers are expected to begin their vote on whether to ratify the contract Dec. 6 in a process that usually takes about two weeks, the Detroit Free Press reported Saturday.

Workers are expected to ratify the contract, though the vote could be complicated by allegations of corruption that have roiled the union in recent weeks. This month two UAW officials -- a former UAW president and a regional director -- resigned after being implicated in a massive corruption scheme in which they were accused of submitting misleading expense reports.

U.S. News // 16 hours ago
Arizona secures supplier for death penalty drug
March 6 (UPI) -- Arizona announced this week it's found a supplier of pentobarbital, a sedative used in lethal injections, and is prepared to resume executions after a nearly seven-year hiatus.

U.S. News // 12 hours ago
Judge rules recent ERA ratifications came too late to count
March 6 (UPI) -- A federal district judge ruled Friday that the deadline to ratify the Equal Rights Amendment "expired long ago" and that that three states' recent ratifications of the amendment do not count.

U.S. News // 21 hours ago
Major warmup on the way for millions across the central, eastern U.S.
After multiple one-day teases of springlike warmth amidst an overall chilly end to meteorological winter, good news is in store for many fans of warm weather across the central and eastern United States.