The 39th U.S. president will continue his recovery at his Plains, Ga., home, a spokesperson said. File Photo by John Angelillo/UPI | License Photo

Nov. 27 (UPI) -- Doctors released former President Jimmy Carter from an Atlanta hospital Wednesday, days after the 39th U.S. commander in chief underwent a procedure to relieve pressure in his head.

Carter, 95, the country's longest-living former president, was admitted to Emory University Hospital on Nov. 11 to vent pressure caused by a subdural hematoma -- which is a collection of blood that gathers on or around the protective layers of the brain.

Carter's operation was successful and he experienced no complications from the surgery, a spokesperson said.

"He and Mrs. Carter look forward to enjoying Thanksgiving at home in Plains, [Ga.] where he will continue to recover," The Carter Center said in a statement. "The Carters are grateful for all the prayers, cards and notes they have received and hope everyone will join them in enjoying special Thanksgiving."

Carter has been in and out of hospitals this year after multiple falls. He was discharged from another Georgia hospital last month after a fractured pelvis. A fall on Oct. 6 led to 14 stitches in his forehead and a black eye. In May, he underwent surgery to repair a broken hip.

Carter has been a prominent activist for nonprofits like Habitat for Humanity and has supported human rights causes worldwide since leaving office in 1981. He's also a Sunday School teacher at his home church in Georgia.

U.S. News // 4 hours ago
Plummeting temperatures to yield rapid freeze-up in southeastern U.S.
Now that snow and ice have come to an end across the Southeast and mid-Atlantic coast as of late Saturday morning, meteorologists are concerned for a rapid freeze-up Saturday night into Sunday morning in the region.

U.S. News // 8 hours ago
Evacuations in Big Sur, Calif., as Colorado Fire rages
A brush fire called the Colorado Fire burned 1,500 acres in California on Friday night and Saturday morning, forcing those in several California cities to evacuate their homes. 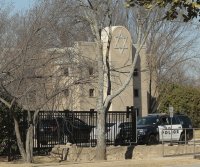 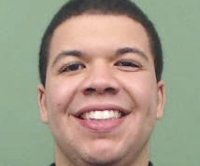