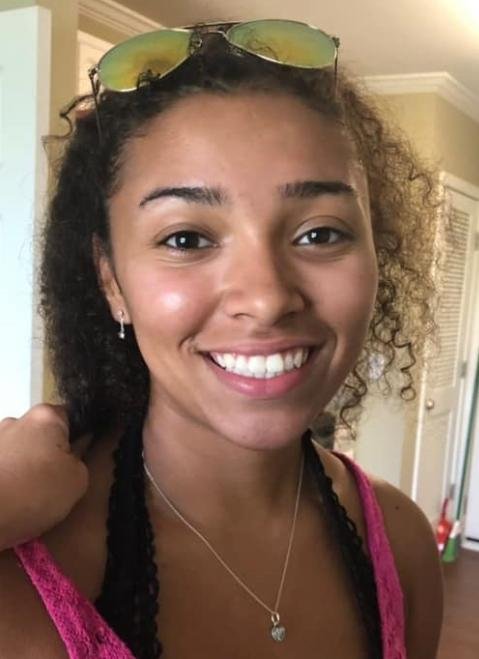 Aniah Blanchard was reported missing Oct. 24, a day after she was last seen in CCTV footage making a purchase at an Auburn, Ala., convenience store. Photo courtesy of Auburn Police Department/Website

Auburn police Capt. Lorenza Dorsey said her remains were found in a wooded area in Shorter, some 25 miles from Montgomery, after authorities were contacted concerning the possible location of a body.

"After a brief search by investigators, they located what appeared to be human remains several feet into the woodline," Dorsey said in a statement, adding that an investigation is underway to discover how the body arrived at the location and to confirm its identity.

Three men have been arrested in connection to her death and disappearance.

On Nov. 7, Ibraheem Yazeed, 30, was arrested in Pensacola, Fla., by members of the U.S. Marshals Fugitive Task Force. A warrant had been issued for his arrest on the charge of first-degree kidnapping.

Police said an analysis of evidence determined that Yazeed had been at the same location as Blanchard when she was last seen. He was out on bond at the time of his arrest for kidnapping and attempted murder charges in another district. According to court documents, Yazeed was witnessed forcing Blanchard into a vehicle against her will.

Antwain Fisher, 35, was arrested Friday and charged with first-degree kidnapping. His charges stem from providing Yazeed with transportation and disposing of evidence, according to court documents.

On Monday, David Johnson Jr., 63, was apprehended for hindering the prosecution involved in the case.

Since Blanchard went missing, her stepfather, Harris, has repeatedly posted about her on his Instagram account, asking for anyone who has information to come forward.

U.S. News // 8 hours ago
Trump declares political journey is 'far from over' to close CPAC 2021
Feb. 28 (UPI) -- Former President Donald Trump hinted at another run for president in 2024 in his first speech since leaving office to close out the Conservative Political Action Conference on Sunday from Orlando, Fla.

U.S. News // 6 hours ago
Shot of snow to deliver slippery spots, cold for Plains, Midwest
Feb. 28 (UPI) -- A swath of snow is forecast to streak across the northern tier of the country, opening the door for a blast of colder air to filter in from Canada.

U.S. News // 8 hours ago
Cuomo 'truly sorry' if words 'misinterpreted,' wants investigation
Feb. 28 (UPI) -- New York Gov. Andrew Cuomo was "truly sorry" if "some of the things I have said have been misinterpreted as an unwanted flirtation." He called for an independent investigator to examine the allegations.

U.S. News // 14 hours ago
Heavy rain, thunderstorms to threaten the South into midweek
Feb. 28 (UPI) -- In the wake of bitterly cold air in mid-February across the South, milder air and rounds of rainfall are now bringing along a new set of hazardous weather conditions. As the calendar flips into March, the concern for flooding rainfall and locally severe thunderstorms is on the agenda for millions of Americans.